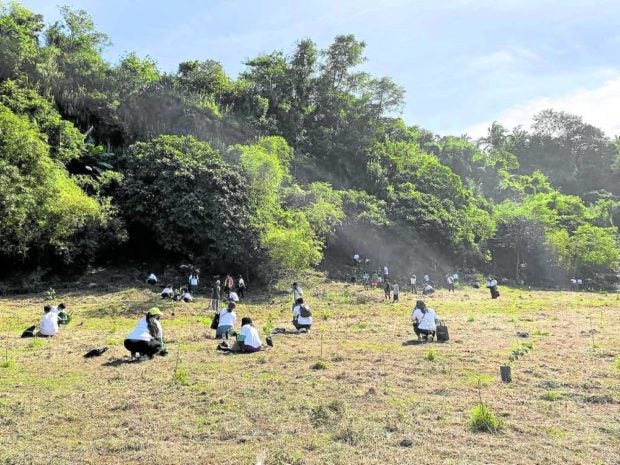 ANGELES CITY, Pampanga, Philippines — Back in the summer of 2008 when retired businessman Renato “Abong” Tayag Jr. started planting bamboo in this city’s upland village of Sapang Bato, some Aeta elders here suspected him of being a land grabber.

But Tayag went ahead, confident that growing bamboo would eventually benefit his city.

He took the advice of his great-granduncle, Mariano Henson, who wrote in a history book published in the 1920s that the watershed of what was then the town of Kuliat in Pampanga province must be cared for so the place could thrive with enough water.

A recent study by Japan International Cooperation Agency concluded that many towns and cities in Pampanga are at “high risk in terms of sustainable groundwater source” by 2025.

Then Pampanga Rep. Oscar Rodriguez helped Tayag solicit the first 100 plants, which were grown near the headwaters of Sapang Ebus at Barangay Manuali in the neighboring town of Porac.

The rest of the bamboo plants were donated by various institutions or bought out of Tayag’s pockets.

Now 72, Tayag has planted more than 100,000 bamboo saplings of eight varieties either singlehandedly or with the help of students, bikers, professionals, businessmen, artists, and whoever cared to plant these.

These line the roads or grow in farms in the subvillages of Sawmill, Target and Papatak, Fred Pan, president of Kapatirang Aeta ng Angeles-Porac para sa Kalikasan at Agrikultura, confirmed last Friday.

“Many are as tall as two-story houses now,” Pan said.

Because bamboo roots hold the soil and store water, Tayag said Sapang Bato has become a virtual “factory of oxygen.” 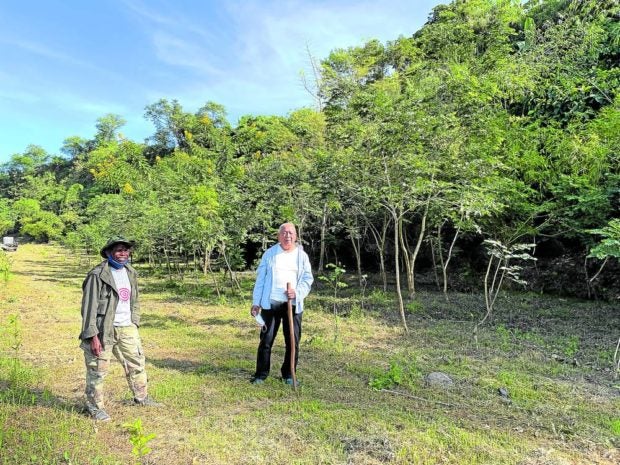 THE PLANTER Even stricken by a serious disease, retired businessman Renato “Abong” Tayag Jr. (right) has been planting bamboo, which is his way of helping ensure that his home city of Angeles will have adequate supply of water in the future. —TONETTE OREJAS

He pushed his planting drive farther into the watershed in 2019.

Being near the Clark Freeport, the state-owned Bases Conversion and Development Authority (BCDA) has set aside 560 hectares for the watershed’s rehabilitation.

These bamboo farms are outside the 5,000 ha which the BCDA is claiming from the Aetas’ certificate of ancestral domain title spanning 18,000 ha in five barangays in Angeles City and Porac, according to Pan.

In three years, Converge aims to grow 2,000 seedlings in its area. “This demonstrates our commitment to our sustainability agenda,” said Maria Grace Uy, the firm’s president in an online conference.

“Our startup was in Angeles City. It remains our home,” said Converge founder and chief executive officer Dennis Anthony Uy.

Tayag said it is “more sustainable” for the local government and private sector to be working together, especially in “lifesaving causes like ensuring water for the future.”