Calamansi proves to be a lifesaver in Pangasinan town during pandemic 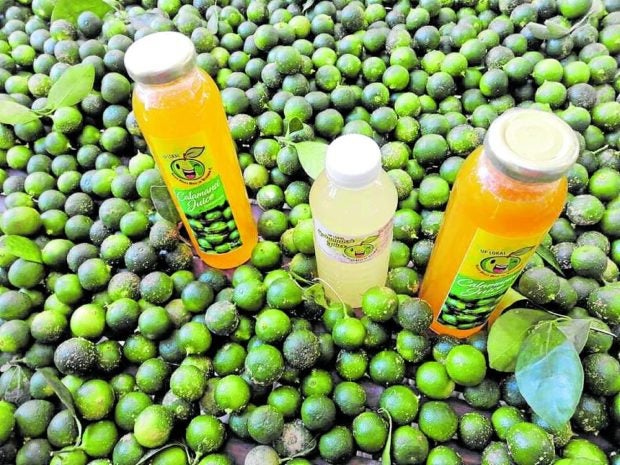 NUTRITIOUS PRODUCTS Bottles of calamansi concentrate, juice and calamansi crinkles are sold in an ecotourism destination in the village of Lekep-Butao in San Fabian town, Pangasinan province. —YOLANDA SOTELO

SAN FABIAN, Pangasinan, Philippines — Residents of Barangay Lekep-Butao in this central Pangasinan town have no reason to frown at the sour calamansi (Philippine lime) grown in their community as it assures them of a sweet life.

This venture started with a 6-hectare farm growing 7,000 trees in the 1980s, said Barangay Chairman Ferdinand Estayo, one of the 20 tenants of the land owned by several people.

He said his father started the farm with 500 trees and it grew when other tenants shifted from rice to growing calamansi. The trees have to be replaced after 15 to 20 years when they bear fewer and smaller fruits.

“We do not have irrigation here so we were able to plant rice only once a year. With calamansi, we harvest three times, so we have more income ” Estayo said.

Farmers have no problem marketing their produce as buyers from different towns and even from other provinces regularly come to purchase by bulk.

“But prices fluctuate, from a high of P300 per can (4 kilos) from October until May, to only P50 during rainy days,” Estayo said. 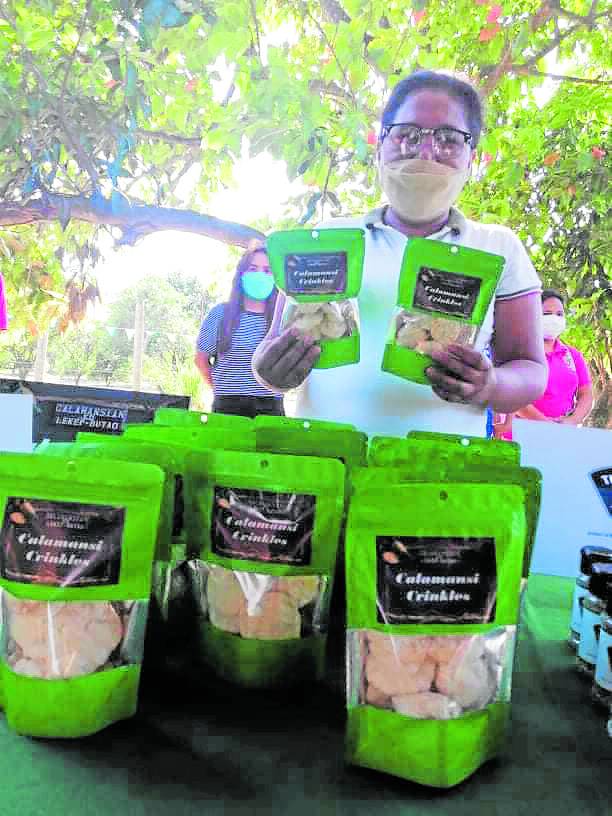 Change came to the farmers when Pangasinan Rep. Christopher de Venecia saw bottles of calamansi concentrate produced by Up LoKal Calamansi Juice, at the Department of Trade and Industry office. He asked Up LoKal owner Gwyneth Ferrer where she sources the calamansi and he was led to the agricultural village of Lekep-Butao.

“I was surprised to find a big calamansi plantation in the town. I thought we can turn the farm into an ecotourism site,” he said.

Recently the plantation, named Calamansian ed Lekep-Butao, was launched and opened for tourists for the “unique experience of personally picking the calamansi fresh from the trees.”

“It’s perfect for those who want a taste of the rural farm life, away from the city, or simply want an agricultural experience especially now that many people have turned to planting and backyard farming to adapt with the pandemic lifestyle shift,” a briefer on the farm said.

Visitors are charged P80 as entrance fee. They may choose to pay P350 to cover the entrance fee, the calamansi picking experience, a handcrafted basket from the village of Pugaro in Manaoag town, and a pack of calamansi crinkles. The package does not include the picked fruits, which are priced according to season.

Residents have started producing calamansi crinkles, sold at P100 a pack, to supplement their income as visitors look for a unique “pasalubong.”

Calamansi concentrate and juices produced by Ferrer, the entrepreneur from Mangaldan who owns Up LoKal, are also sold in the area. She sources the fruits from the farms around San Fabian, mostly from Lekep-Butao.

Ferrer started the business in 2019, using a small sack of calamansi for the juice. The juice was a hit that she even planned to explore markets abroad.

“But I thought, many local children are deficient in nutrients and calamansi juice is rich in vitamin C, so I decided to focus on the local market instead,” she said.

“It was the calamansi concentrate and juice that saw us through during the pandemic,” Ferrer said.