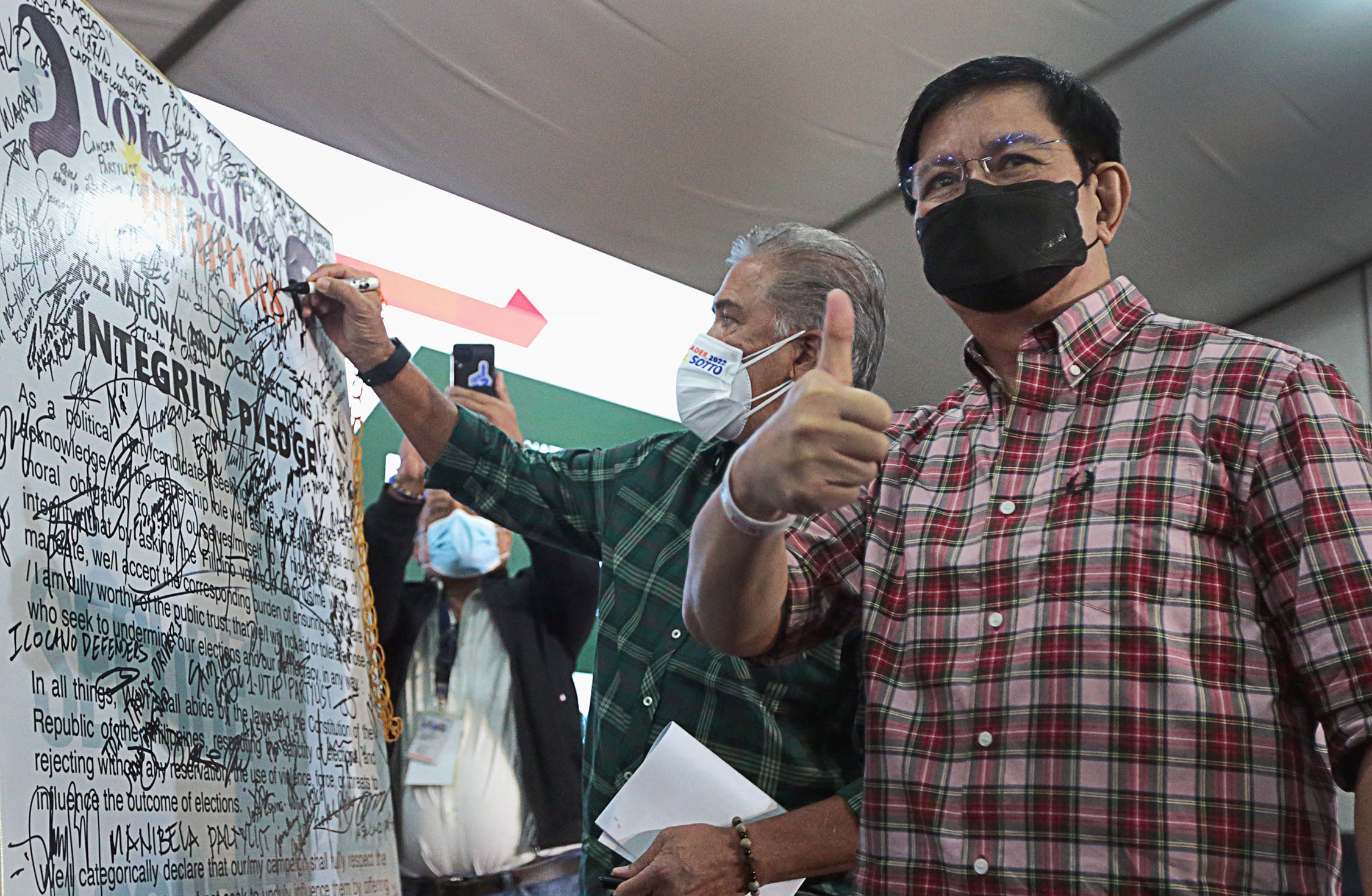 (FILE) Sen. Panfilo “Ping” Lacson and Senate President Vicente “Tito” Sotto III sign their names on the “integrity pledge” as they file their certificates of candidacy (COCs) for president and vice president, respectively.

MANILA, Philippines — Presidential aspirant Senator Panfilo Lacson on Saturday challenged voters to look for a tandem who is more determined to fight corruption than he and his running mate Senate President Vicente Sotto III.

(Our challenge: Find us a tandem that is more determined than the two of us to address the issue of corruption based on track record, based on what we have done already, and then probably, we may change our minds, and we may vote for them.)

Lacson pledged that he and Sotto will not be involved in corruption because they have already overcome and turned down temptations.

(This time around, facing big problems, when it comes to corruption, those mulcting Filipinos especially in government projects, transactions between Filipinos and government agencies, we’re going to address that and we promise we cannot do any corruption because we have overcome it.)

(With the leadership of the Senate President, we went through a lot of temptations and we were able to resist)

In October, Lacson revealed that the culture of corruption in the law enforcement sector has returned amid the COVID-19 pandemic.

Amid political developments, Lacson-Sotto tandem is focused on programs