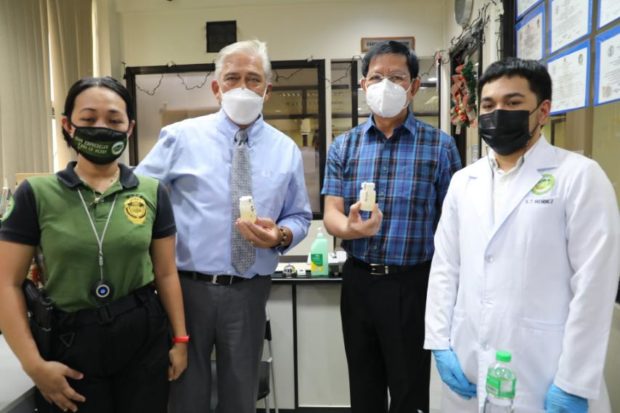 The urine specimen collected from the two senators “do not contain any dangerous drugs” under Republic Act No. 9165 or the Comprehensive Dangerous Drugs Act of 2002, according to the test results released by the Philippine Drug Enforcement Agency (PDEA), which Sotto shared with reporters.

Based on the PDEA result, the screening examination on the specimen of Lacson and Sotto gave “negative results” for the presence of methamphetamine (shabu), MDMA (ecstasy), cocaine, and tetrahydrocannabinol (THC) metabolites.

The result came out around five hours after they took the test. The pair underwent a multi-drug test procedure, which was capable of detecting all kinds of illegal substances in a person’s system.

“This is nothing new to me. When I ran for the Senate during the 2016 elections, I also did a voluntary drug test in Cebu,” Sotto said in a statement.

“I firmly believe that leaders of our country should be drug-free. They should lead by example and by conviction. If they cannot do this, then how will the people follow, believe and obey them?” he added.

“Illegal drugs is a serious issue with or without the election season,” he further said.

Lacson, for his part, said their decision to undergo a drug test was their “way of walking the talk.”

(Because there were a lot of challenges, no more words necessary, we just came here today.)

According to Lacson, it was Sotto who initiated to take the drug test on Monday.,

(I called up Senator Lacson this morning and told him, since we’re going to the Senate today, why don’t we take the drug test now?)

Lacson and Sotto got themselves tested for drugs a few days after President Rodrigo Duterte accused a presidential aspirant of using cocaine.