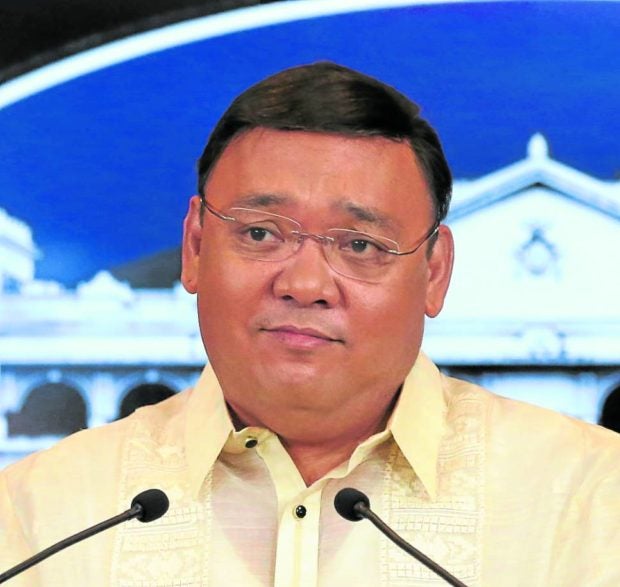 MANILA, Philippines — Senatorial aspirant Harry Roque said Thursday he is not aware of any human rights charges filed against former senator Ferdinand “Bongbong” Marcos Jr., adding that the latter was only 15 years old in 1972 when his father, the late dictator Ferdinand Marcos Sr. declared martial law.

Roque, a human rights lawyer who previously backed efforts for the indemnification of victims of the martial law during Marcos Sr.’s regime, made the remark as he joined the slate of Marcos Jr. who is vying for the presidency in next year’s elections.

(As a lawyer, I assure you, I have not seen any charges when it comes to corruption and human rights violations against Bongbong Marcos.)

(To those opposing and criticizing his father’s administration, Bongbong was only 15 years old in 1972.)

Marcos Sr. assumed office in 1965, with his term finally ending in 1986 with his family’s ouster from Malacañang in light of the historic EDSA revolution. By the time Marcos Sr. ended his presidential term, Marcos Jr. was already 28 years old and was serving as the governor of Ilocos Norte.

Roque’s defense of Marcos came in sharp contrast with his 2018 statement wherein he as spokesperson of President Rodrigo Duterte, said that Marcos Jr. could not distort what really transpired during the Marcos Sr. regime.

“As far as the Palace is concerned, there are decisions affirming that there were grave human rights violations committed during the Marcos regime. There’s even a law in Congress which provides compensation for victims of martial law,” Roque then said.

‘No one adopted me’

Roque admitted that one of his reasons for joining the slate of Marcos Jr. and Davao City mayor Inday Sara Duterte-Carpio is that no other candidate invited him to join their slate.

(No one adopted me so who am I to say no to the invitation to join Bongbong and Sara’s Uniteam?)

Roque likewise argued that among the presidential candidates, Marcos Jr. has the longest experience.

(Who has the longest experience? Bongbong Marcos served as governor for four terms, congressman for one term, and senator for one term.)