newsinfo / Headlines
Headlines
MOST VARIANTS ‘MUTATE TO BE WEAKER’–SOLANTE 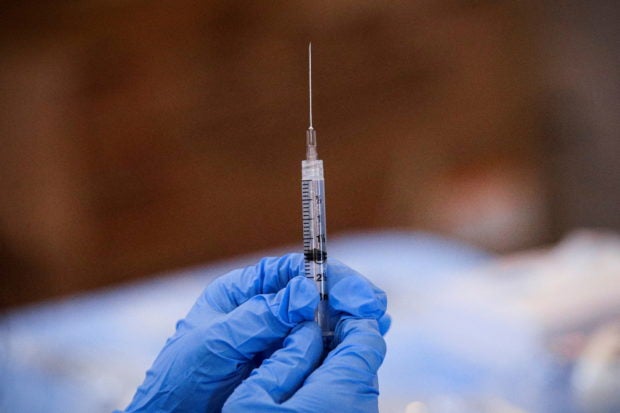 MANILA, Philippines — The new variant of concern called Omicron could be highly transmissible, evade antibodies from vaccines, and possibly exhibit the same characteristics as the Delta variant, according to infectious disease expert Dr. Rontgene Solante, chief of the Adult Infectious Diseases and Tropical Medicine Unit of San Lazaro Hospital.

However, Solante said he believed that the current vaccines against COVID-19 could still be effective against Omicron.

“It’s not totally ineffective because out of the 32 mutations (of Omicron), nine overlap with Alpha, Gamma and Delta, and we know that the vaccines we are using are still effective against the Delta or even the Gamma variants of concern,” he said.

Still, Solante said Omicron could not be weaker than the other virus strains since “looking at the mutations, it’s really a concern among us experts at infectious diseases, and there’s a possibility that it can behave the same as Delta or even more.”

“These are all possibilities because this is the first time we have seen a variant of concern wherein you have—to be exact—32 mutations in the spike protein,” he added.

Solante noted that most of the variants “mutate to be weaker” as the pandemic wore on.

“As the virus stays in our body, they become weaker. But there are vulnerable populations that this virus can stay longer, and I think this mutation was driven in a patient who is immunocompromised. It stays longer in the body and since it will adapt to survive in that particular body wherein the immune response is so weak, then that’s where the mutation comes in,” he explained.

The Philippines has yet to detect the Omicron variant, Health Undersecretary Maria Rosario Vergeire said on Wednesday.

She said they were still processing the positive samples that would be subjected to genome sequencing.

The active cases accounted for 0.5 percent of the COVID-19 infections in the country.

There were also 951 people who recovered from the respiratory illness, bringing the total number of recoveries to 2,768,999.

Based on the test results of 30,841 people last Monday, the DOH said the country’s positivity rate was at 2.1 percent, or still within the World Health Organization’s target rate of below 5 percent.

Latest data from the DOH also showed that 27 percent of intensive care unit (ICU) beds and 15 percent of mechanical ventilators were in use.

In Metro Manila, 28 percent of the ICU beds and 16 percent of ventilators were in use.

Solante said that to date, the number of COVID-19 patients being admitted to hospitals has already decreased.

“I think it is really low for me because in the hospitals, we’ve not been getting new cases and that is a good sign,” he said.

“The vaccine is very important. Second, I think people have really changed their lifestyle in terms of the health protocols,” he said when asked what caused the decrease in cases.

“Most of us are really doing it, being conscious about protecting ourselves and protecting our work because if you will be sick, you cannot work. So all of these things are more or less factors why cases are going down,” he added.