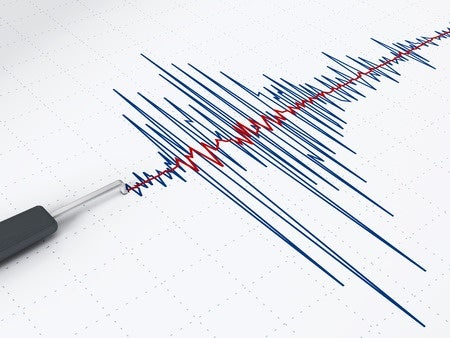 MANILA, Philippines — A magnitude 4.9 earthquake hit Davao Oriental and nearby areas on Tuesday morning, the Philippine Institute of Volcanology and Seismology (Phivolcs) reported.

Phivolcs said the quake was recorded at 8:56 a.m., with the epicenter located four kilometers northeast of Governor Generoso town in Davao Oriental.

The quake, which was of tectonic origin, had a depth of 30 kilometers.

No damage and aftershocks are expected following the quake, said Phivolcs.

In October 2019, a series of magnitude 6 quakes struck the town of Tulunan within days of intervals, killing at least 22 people and leaving thousands of families displaced.

The Philippines sits on the so-called Pacific Rim of Fire, where earthquakes are frequent, some of them devastating.

In July 1990, a 7.7-magnitude temblor struck the main Luzon island, killing more than 1,600 people, many of them trapped inside a hotel that crumbled in the northern town of Baguio. With a report from Jeoffrey Maitem, Inquirer Mindanao