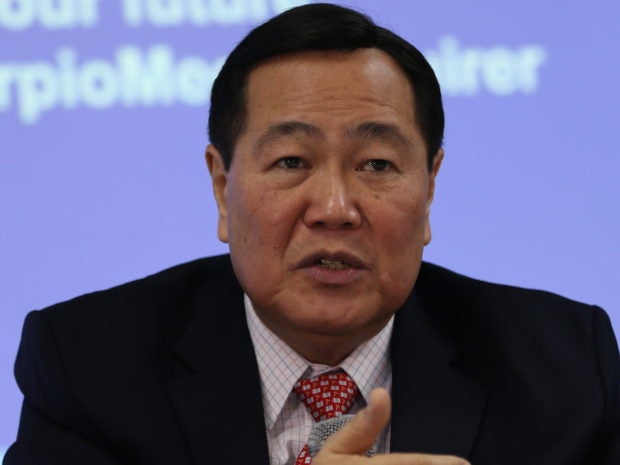 MANILA, Philippines — Former Supreme Court Senior Associate Justice Antonio Carpio on Tuesday denied that he had a hand in the filing of a disqualification case against presidential aspirant Ferdinand “Bongbong” Marcos, but that he is willing to give legal advice to petitioners.

Carpio made the clarification during an interview with ABS-CBN News Channel saying that some people may have read his column at the Philippine Daily Inquirer in which he cited several grounds that may be raised to seek Marcos’ disqualification to run for president in the 2022 elections, and petitioners “took inspiration” from them.

“Well, I wrote about it publicly. I wrote four columns on it and many people picked it up and they said that they want to file and I said, ‘very good. If you want my advice, I can give you my advice, but you do the filing,’” he said.

“They took inspiration from my column. That’s it. But I have not filed, I’m not a petitioner—but if they want to get my advice, I’m willing to give them my ten cents worth,” he added.

The disqualification case stemmed from Marcos’ failure to file income tax returns and pay income taxes from 1982 to 1985 while he was governor of Ilocos Norte, and his father, the late strongman Ferdinand Marcos was still at the seat of power.

The Court of Appeals in 1997 upheld the conviction and the fines imposed by the trial court but removed the seven-year prison term. The conviction became final after Marcos withdrew his appeal before the high court in 2001.

Marcos’ camp through his lawyer Estelito Mendoza, however, insisted that he is qualified to run for the highest government post in the 2022 elections, saying his tax evasion conviction is not a crime involving moral turpitude.

In Carpio’s November 4, 2021 column, he said that the Marcos is not eligible to run for president, citing two legal provisions:

First, Section 12 of the Omnibus Election Code (OEC) disqualifies any candidate who has been convicted by final judgment of “any offense for which he has been sentenced to a penalty of more than eighteen months or for a crime involving moral turpitude.”

Either one of these two grounds is sufficient to disqualify Marcos Jr., Carpio, a former presidential legal counsel, further wrote.