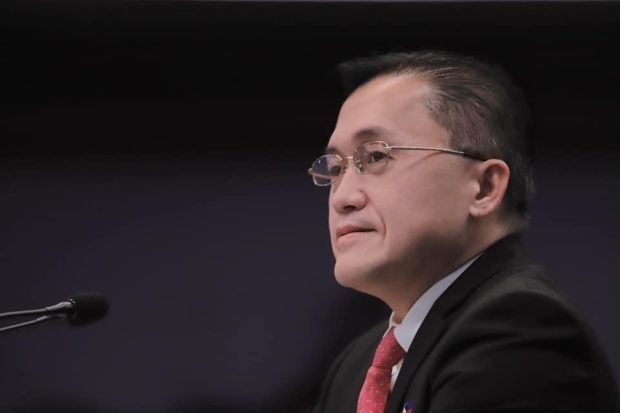 Three weeks after throwing his hat on the 2022 presidential race, Go admitted that he continues to “seek guidance from the Divine Being since the Presidency is a matter of destiny.”

But the past few days, he admitted: “that my heart and mind are contradicting my own actions.”

(I am only human who gets hurt and tired. Or maybe politics is just so dirty and heated. My body, heart, and mind are really resisting. Even my family is suffering.)

He said he is the kind of person willing to make a sacrifice to avoid conflicts and spare President Rodrigo Duterte any burden and pain. Go was a long-time assistant of Duterte before becoming a senator.

(I am the kind of person who is ready to make a sacrifice so that no one gets hurt. I don’t want the President and our supporters to be burdened. I love the President. He is also already old and I don’t want to give him more problems.)

Go said he is leaving his fate to God and the Filipino people, reiterating he is “willing to make the supreme sacrifice for the good of our country, and for the sake of unity among our supporters and leaders.”

The senator initially filed his certificate of candidacy (COC) for vice president but eventually withdrew to avoid facing off with Duterte’s daughter, Davao City Mayor Sara Duterte-Carpio who filed her COC for the same post via substitution on November 13.

President Duterte had pushed the tandem of Go and Duterte-Carpio, even endorsing it to a bunch of lawmakers during a dinner meeting. However, his daughter opted to be the running mate of Ferdinand “Bongbong Marcos Jr., son and namesake of the late dictator Ferdinand Marcos.