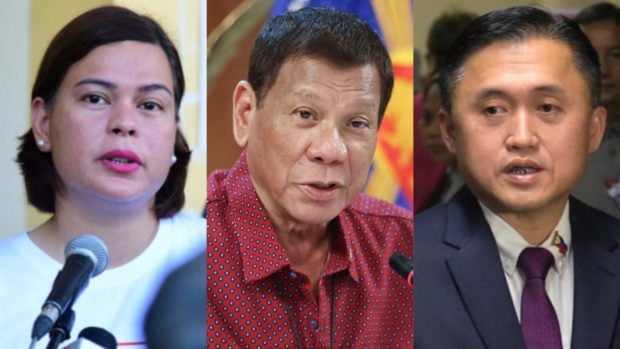 Diwa Party-list  Rep. Michael Edgar Aglipay, who was present during the meeting, said on Wednesday that about 95 other members of the House of Representatives were present, including Speaker Lord Allan Jay Velasco when they heard the President’s pronouncements.

(The President spoke quickly. He said he endorses the Bong Go-Sara tandem.)

Notably, House Majority Leader Martin Romualdez and other members under political party Lakas-CMD were not present during the meeting. Romualdez is the cousin of presidential aspirant and former senator Ferdinand “Bongbong” Marcos Jr. who will be running in tandem with the presidential daughter for the 2022 elections under the so-called “UniTeam.”

On the other hand, Duterte-Carpio is vying for the vice presidency under Lakas-CMD.

Meanwhile Go, like Duterte, abandoned their party PDP-Laban to run under the Pederalismo ng Dugong Dakilang Samahan (PDDS) for president.