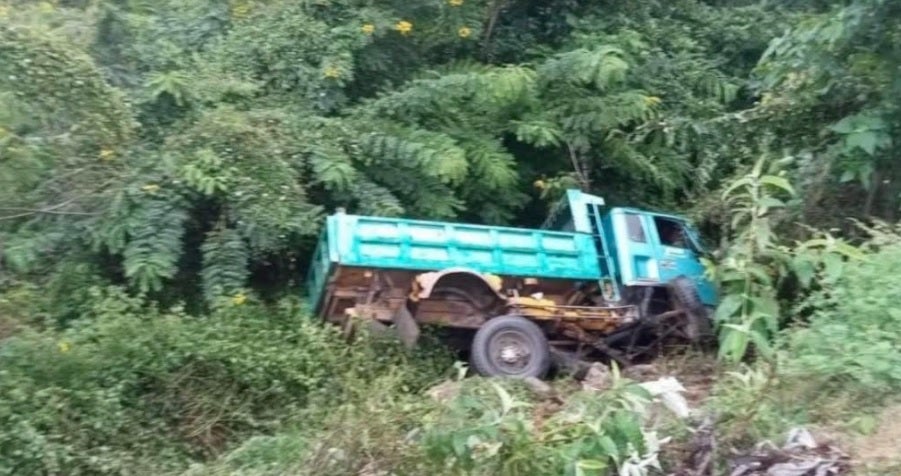 A dump truck carrying 15 people plunged Wednesday into a 10-meter ravine in Tabuk City. All occupants were brought to safety. (Photo courtesy of PNP-Tabuk City)

Truck driver Noriel Aragon, 34, told police that he lost control of the vehicle, causing it to swerve to the roadside before plunging into the ravine.

Aragon said they came from San Pascual village in Rizal town, Kalinga, and were bound for Tabuk City at the time of the accident.

The driver and his 14 passengers, including five children, were rescued, but some suffered minor injuries and were taken to a hospital, investigators said.