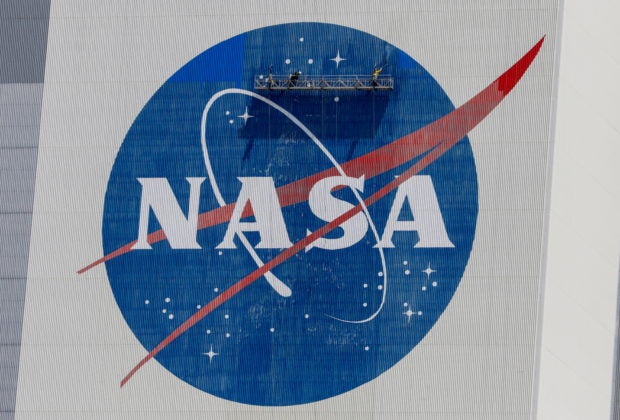 Workers pressure wash the logo of NASA on the Vehicle Assembly Building before SpaceX will send two NASA astronauts to the International Space Station aboard its Falcon 9 rocket, at the Kennedy Space Center in Cape Canaveral, Florida, U.S., May 19, 2020. REUTERS FILE PHOTO

LOS ANGELES — A SpaceX rocket was set to blast off from California late Tuesday as Nasa seeks to demonstrate a first-of-its-kind planetary defense system, designed to deflect an asteroid from a potential doomsday collision with Earth.

The DART mission will test Nasa’s ability to alter an asteroid’s trajectory with kinetic force – crashing a robot spacecraft into it at high speed and nudging the space boulder just enough to keep our planet out of harm’s way.

DART’s target is a tiny fraction of the size of the cataclysmic Chicxulub asteroid that slammed into Earth about 66 million years ago, killing most of the planet’s animal species. It is not on a path that will cause it to hit Earth in the foreseeable future.

But scientists say smaller asteroids are far more common and pose a far greater theoretical threat to Earth in the near term.

Nasa has hired Elon Musk’s company SpaceX to launch DART aboard a Falcon 9 rocket at 10:20 p.m. Pacific time on Tuesday (1:20 a.m. Eastern/0620 GMT Wednesday) from Vandenberg Air Force Base on the California coast, about 150 miles northwest of Los Angeles.

If liftoff is postponed Nasa has an 84-day launch window in which to try again.

Once released into space, DART will journey 10 months to its destination, some 6.8 million miles (11 million km) from Earth.

Its target is an asteroid “moonlet” the size of a football stadium that orbits a much larger chunk of rock – about five times bigger – in a binary asteroid system named Didymos, the Greek word for twin.

The moonlet, called Dimorphos, is one of the smallest astronomical objects to receive a permanent name. But at 525 feet (160 km) in diameter, its size is typical among the known asteroids – rubble-like remnants left over from formation of the solar system 4.6 billion years ago.

Scientists chose the Didymos system because its relative proximity to Earth and dual-asteroid configuration make it ideal to observe the results of the impact.

The key to avoiding a killer asteroid is to detect it well in advance and be ready with the means of changing its course, Nasa planetary defense officer Lindley Johnson told a media briefing this month.

“We don’t want to be in a situation where an asteroid is headed toward Earth and then have to be testing this kind of capability,” he said.

The team behind DART, short for Double Asteroid Redirection Test, has determined that slamming a car-sized projectile into a Dimorphos-sized asteroid at 15,000 miles per hour (24,000 kph) should do the trick.

The DART spacecraft, a cube-shaped box with two rectangular solar arrays, is due to rendezvous with the Didymos-Dimorphos pair in late September 2022.

Cameras mounted on the impactor and on a briefcase-sized mini-spacecraft released from DART about 10 days beforehand will record the collision.

Observations from ground-based telescopes and radar will then measure how much the moonlet’s orbit around Didymos changes.

The DART team is expecting to shorten the orbital track by about 10 minutes but would consider at least 73 seconds a success.

The entire cost of the DART project will run about $330 million, according to Lindley, well below that of many of Nasa’s most ambitious science missions.

Read Next
In US Supreme Court case, the past could be the future on abortion
EDITORS' PICK
Gov’t launches new drug war campaign
World Cup: Host Qatar crashes out after loss to Senegal
DOH hopes for PhilHealth ‘reforms’ under new OIC
vivo’s coming to town to grant wishes with more holiday promos
House energy committee chair Arroyo bats for cheap electricity
The Best Tech Gifts For The 2022 Holidays
MOST READ
LOOK: Vhong Navarro transferred to BJMP detention facility in Taguig
The Elephant Man in the Senate
Posh village as ‘shabu’ haven
LOOK: Zanjoe Marudo bonds with Ria Atayde, her family
Don't miss out on the latest news and information.