In US Supreme Court case, the past could be the future on abortion | Inquirer News

In US Supreme Court case, the past could be the future on abortion 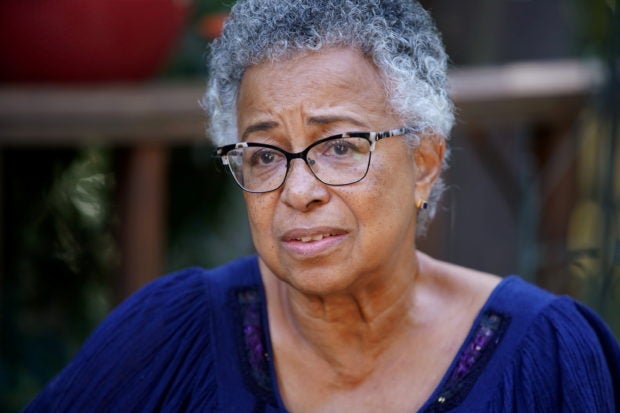 OXFORD, Mississippi — Just months before she was set to start law school in the summer of 1973, Barbara Phillips was shocked to learn she was pregnant.

Then 24, she wanted an abortion. The U.S. Supreme Court had legalized abortion nationwide months earlier with its landmark Roe v. Wade ruling recognizing a woman’s constitutional right to terminate a pregnancy. But abortions were not legally available at the time in Mississippi, where she lived in the small town of Port Gibson.

Phillips, a Black woman enmeshed in the civil rights movement, could feel her dream of becoming a lawyer slipping away.

“It was devastating. I was desperate,” Phillips said, sitting on the patio of her cozy one-story house in Oxford, a college town about 160 miles (260 km) north of Jackson, Mississippi’s capital.

At the time of the Roe ruling, 46 of the 50 U.S. states had some sort of criminal prohibitions on abortion. Access often was limited to wealthy and well-connected women, who tended to be white.

With a feminist group’s help, Phillips located a doctor in New York willing to provide an abortion. New York before Roe was the only state that let out-of-state women obtain abortions. She flew there for the procedure.

Now 72, Phillips does not regret her abortion. She went on to attend Northwestern law school in Chicago and realize her goal of becoming a civil rights lawyer, with a long career. Years later, she had a son when she felt the time was right.

“I was determined to decide for myself what I wanted to do with my life and my body,” Phillips said.

U.S. abortion rights are under attack unlike any time since the Roe ruling, with Republican-backed restrictions being passed in numerous states. The Supreme Court on Dec. 1 is set to hear arguments in a case in which Mississippi is seeking to revive its law, blocked by lower courts, banning abortion after 15 weeks of pregnancy. Mississippi has raised the stakes by explicitly asking the court, which has a 6-3 conservative majority, to overturn Roe v. Wade.

Such a ruling could turn back the clock in Mississippi, which currently has just one abortion clinic, and other states to the kind of environment on abortion access that Phillips experienced nearly a half century ago.

Large swathes of America could return to an era in which women who want to end a pregnancy face the choice of undergoing a potentially dangerous illegal abortion, traveling long distances to a state where the procedure remains legal and available or buying abortion pills online.

Mississippi’s abortion law is not the only one being tested at the Supreme Court. The justices on Nov. 1 heard arguments in challenges to a Texas law banning abortion at about six weeks of pregnancy, but have not yet ruled.

Mississippi is one of a dozen states with so-called trigger laws that would immediately ban abortion in all or most cases if Roe is overturned, according to the Guttmacher Institute, a research group that supports abortion rights.

Many are in the South, so a Mississippi woman would be unable to obtain an abortion in neighboring Louisiana, Arkansas, Tennessee or Alabama. The nearest states where abortion would remain legal, at least in the short term, would be Illinois and Florida.

The average distance a Mississippi woman would need to drive to reach a clinic would increase from 78 miles to 380 miles (125 to 610 km) each way, according to Guttmacher.

While some abortion rights advocates fear a return to grisly illegal back-alley abortions, there has been an important development since the pre-Roe era: abortion pills. Mississippi is among 19 states imposing restrictions on medication-induced abortions.

Mississippi officials are cagey on what a post-Roe world might look like. Republican Attorney General Lynn Fitch, who asked the court to overturn Roe, declined an interview request, as did Republican Governor Tate Reeves.

Mississippi Commissioner of Agriculture and Commerce Andy Gipson, who as a Republican state legislator helped shepherd the 2018 passage of the 15-week ban, called Roe v. Wade “antiquated, old law based on antiquated and old science.”

Gipson in an interview declined to answer questions about what Mississippi – or the southeastern United States – would be like without abortion rights, focusing on the specifics of the 15-week ban.

“It’s a false narrative to paint this as a picture of an outright ban throughout the southeast,” Gipson said, noting that the Supreme Court does not have to formally overturn Roe to uphold Mississippi’s law.

In court papers, Fitch said scientific advances, including contested claims that a fetus can detect pain early in a pregnancy, emphasize how Roe and a subsequent 1992 decision that reaffirmed abortion rights are “decades out of date.”

Phillips worries about a revival of dangerous, unregulated abortions that imperil women’s lives.

“I’m afraid that many more women and girls will be in back alleys,” Phillips said. “I’m worried we are going to find them in country roads, dead.”