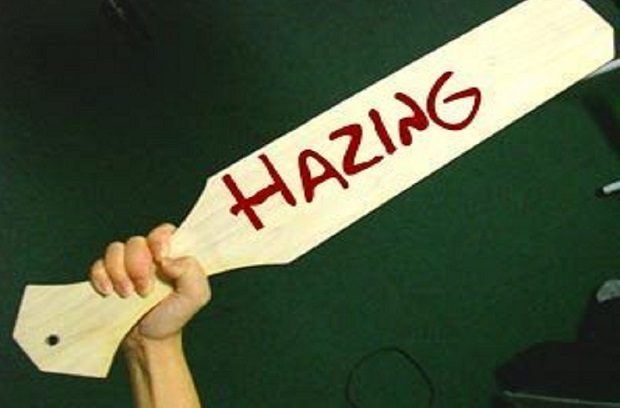 MANILA, Philippines — Hazing within the Philippine Merchant Marine Academy (PMMA) appears to be normal, based on the Facebook messenger conversations between the cadet who died and his brother and other video feeds that were shown by a lawmaker during a congressional hearing on Tuesday.

During the House of Representatives committee on higher and technical education hearing on the death of Midshipman Cadet 4th Class Cadet Jonash Bondoc, Agusan del Norte 1st District Rep. Lawrence Fortun showed part of the messages wherein the victim relayed his grievances about the culture of hazing in the campus, before his untimely death last July 6.

According to Fortun, Bondoc told his brother Joshua that upperclassmen subjecting younger cadets to hazing is normal.  After his brother told him to just come home if he no longer wants to study with PMMA, Bondoc said that he can still bear it.

(Jonash was relaying to Joshua his ordeals in the academy. He said, the highlight of Jonash’s statements were that, as translated to Filipino, hazing traditions and procedures are normal in the campus, adding that his brother must not inform their mother.)

(It’s a long conversation, but the highlight is the message of Jonash telling his older brother that “hazing is normal.” Joshua then told his brother to ‘Please take care always, and it’s sad that you cannot go home this Christmas, but just endure it.)

Fortun also brushed off the possibility that Bondoc’s death was an isolated case, as his conversations with his brother suggest that hazing has been going on — with the victim even trying to appease his brother who was worried about him.

(Then in response to Joshua’s statement that ‘Many have died from hazing and I hope God does not allow that because your hardships would be put to waste’. When Joshua told him that, Jonash sort of tried to appease his brother by saying that hazing is not tolerated.)

(Jonash said that if cadets are caught engaging in hazing, they would be kicked immediately. But the upperclassmen only do this to strengthen cadets especially if you erred and if you act lousy. So it happens, this is not isolated.)

The veracity of the conversations was confirmed by Joshua and his other siblings, who were present during the hearing.

Aside from that, Fortun also showed alleged videos of PMMA cadets being subjected to hazing procedures, from being struck on their hands and to being punched on the chest — just like what happened to Bondoc.

In the over one minute clip, a half-naked man believed to be an upperclassman was seen using a thick wood strip to strike a supposed cadet’s hands. Another part of the video also showed cadets standing with their upper body reclined, before another alleged upperclassman punches them on the chest.

Another of Bondoc’s brothers, Jelou, said that the video feed was sent to him by a concerned citizen through messenger, who used a dummy account to avoid being identified.

When asked by committee chair and Baguio Rep. Mark Go to comment on the allegations, PMMA Superintendent Commodore Joel Abutal said that they cannot speak on the issue as they did not receive any report from the cadets.

“Sir we’re not in a position to comment on matters especially they were not reported to us […] ‘Yan ang nire-require namin sa lahat ng kadete, ‘pag ‘yan ay may ganyang nangyayari, they are required to report,” Abutal told the committee.

(Sir we’re not in a position to comment on matters especially they were not reported to us. But require cadets to report incidents to us, that if something goes wrong, they are required to report.)

“So if there is such thing happening, dapat i-report nila, so we cannot comment kasi nga hindi nakarating sa amin. If it was reported, surely we would have taken appropriate actions,” he added.

(So if there is such thing happening, they should report that, so we cannot comment on that because these reports did not reach us. If it was reported, surely we would have taken appropriate actions.)

Bondoc, 19, a native of Butuan City, died of a head injury after the suspect, Midshipman Cadet 2nd class Jomel Gloria, allegedly punched him during a “traditional recognition” of Mindanao’s underclass cadets.

Gloria admitted to punching Bondoc on the chest.  However, Gloria was only charged with homicide, instead of an additional case for violating sections of Republic Act No. 11053 or the Anti-Hazing Act of 2018.