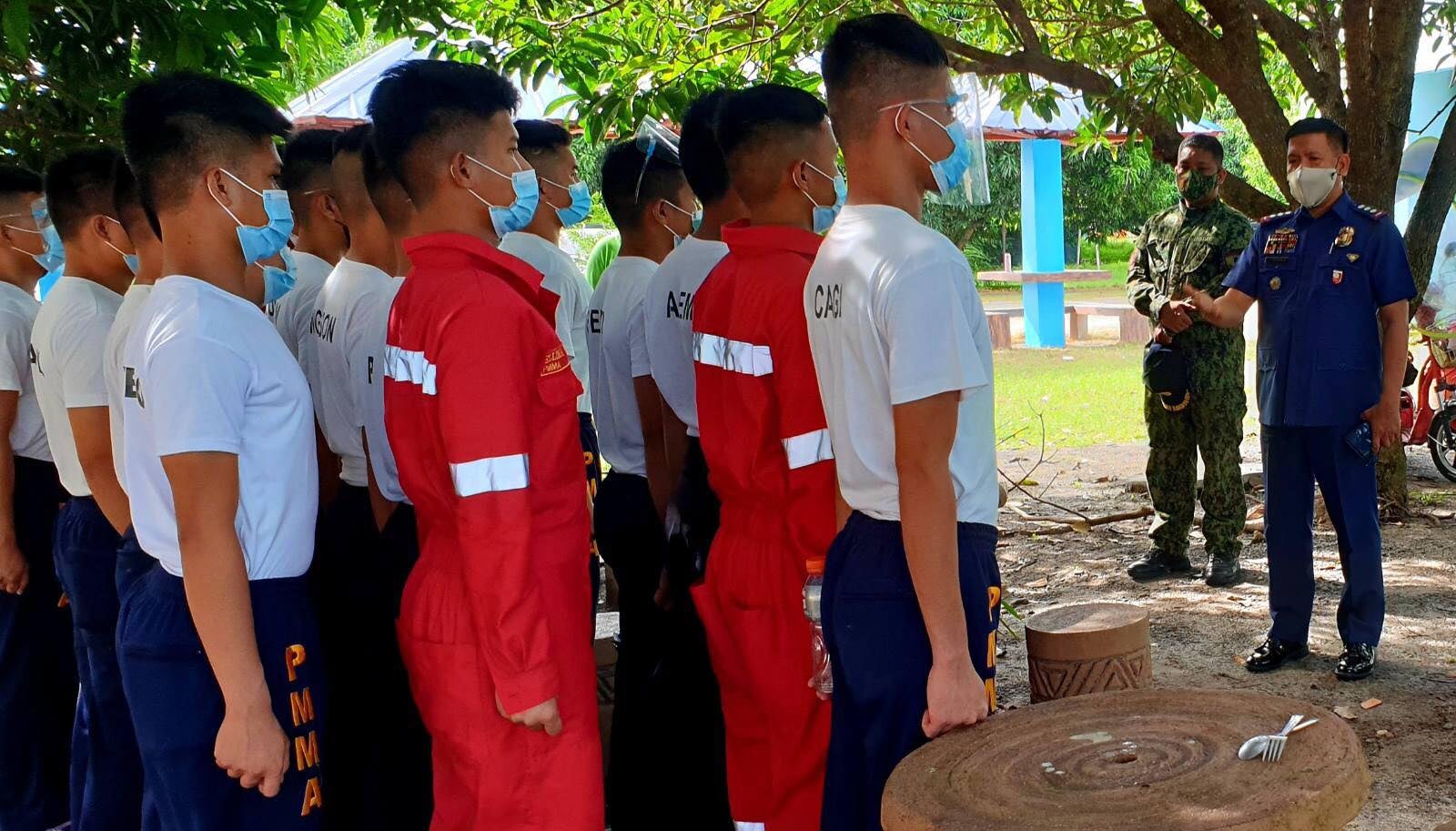 Col. Romano Cardiño, Zambales provincial police director, talks to some cadets of the Philippine Merchant Marine Academy (PMMA) on Wednesday during the investigation of the death of Cadet 4th Class Cadet Jonash Bondoc, 19, who succumbed to blunt traumatic injury in the head after he was reportedly punched by an upper-class cadet. (Photo courtesy of Zambales police office)

SAN ANTONIO, Zambales— More groups and individuals have mounted campaigns for justice for the Philippine Merchant Marine Academy (PMMA) cadet who died after being punched by an upper-class cadet on Tuesday (July 6).

Gloria has been arrested and charged with homicide but was released on bail, the Inquirer learned.

Kabataan Rep. Sarah Elago has called for an investigation of the incident.

“The fight for justice and accountability does not end here. Kabataan Partylist joins the call for an urgent and independent probe into the death of Jonash Bondoc,” Elago tweeted with #JusticeForJonashBondoc.

The #JusticeForJonashBondoc was among the top trending topics in Twitter since Wednesday as more people demanded justice for Bondoc’s death.

The Union of Progressive Students, a socio-political organization in the University of the Philippines Cebu, also called for an end to what it described as an “abuse in military training academies.”

“We stand in solidarity with the family and friends of Jonash Bondoc in calling for #JusticeForJonashBondoc and all the victims of hazing, bullying, brutality and any form of injustice in military training academies.,” the group said.

It added: “As long as this system of abuse is allowed to exist in military institutions, cases like this will continue to rise. “

The student group also demanded that the administration of the PMMA “protect its students from abuse.”

In a statement on Wednesday, Fortun, former Butuan vice mayor, said Bondoc’s death happened around “suspicious circumstances “ and “[should] not be allowed to pass without a truly independent, fair, impartial and comprehensive investigation.”

He said Bondoc’s family was seeking justice and reform of the system at the academy.

“[We want] to ensure that other cadets will not suffer the same fate in the hands of abusive upper-class cadets and neglectful school officials,” Fortun said.

Fortun also asked the Commission on Higher Education to investigate the policies and practices inside the academy “to determine the reasons why and how these cruel hazing activities still persist to this date.”

According to investigators, Gloria and some witnesses had told them that the tradition of punching underclass cadets was in time for their school break after their year-long stay inside the PMMA.

Bondoc was found unconscious inside a restroom of the cadets’ barracks around 6: 30 a.m. and was taken to the academy’s clinic before he was transferred to a hospital, police said.