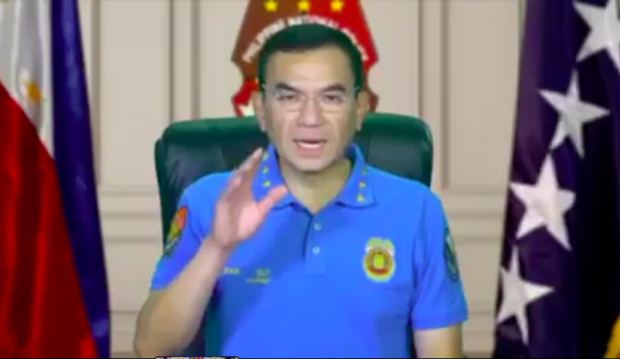 In an interview with ANC’s Headstart on Tuesday, Eleazar was asked if he would vote to abolish the NTF-Elcac if he wins a Senate seat.

(No. For me, improving accountability, the monitoring of the projects but the essence alone, look at it, end the local communist armed conflict, right? So, from that alone, isn’t it good? End our five-decade problem.)

For the general, the NTF-Elcac’s Barangay Development Program is the solution to the country’s five-decade insurgency.

Based on the NTF-Elcac’s website, the Barangay Development Program was formed with a goal of “bringing development to former conflict ridden communities.”

(Through these efforts of the barangay development program, we can see that this is the solution for our five-decade problem. Eventually, they would not be given any funds because the problem is already solved. It seems that it is only us in Asia or even the whole world who have this problem.)

Critics have earlier called to abolish the NTF-Elcac over its red-tagging activities.

A Senate panel has likewise slashed the NTF-Elcac’s budget to only P4 billion from its proposed budget of P28 billion.

One reason for the budget cut was the task force’s failure to submit a report on its P19 billion appropriation for 2021.

Despite this concern, Eleazar said that the anti-insurgency program should still push through.

(They have a fund, a big fund may be given to them, but if they could attain the objective, it is good to end the insurgency.)

(For me, pushing with the task force is good but the funds should be transparent. And I can see, the lawmakers’ concern during this budget deliberation is its programs and proper accounting.)

Senate documents also showed that the NTF-Elcac only completed 26 out of its 2,318 projects under the Barangay Development Fund.

Eleazar is running under the slate of Lacson and Senate President Vicente Sotto III who are running for the presidency and vice presidency, respectively.