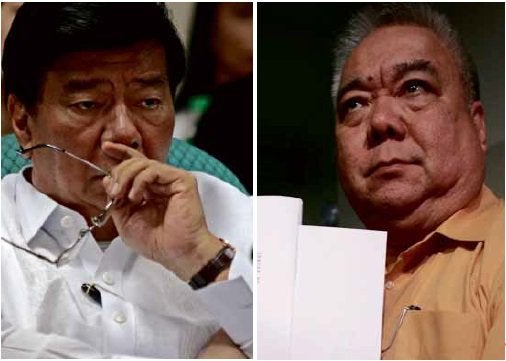 “I want to inform everybody (that) he was arrested by agents of the NBI special operations group at around 9:20 a.m. today, Nov. 22, 2021. He was treated well, according to him. He will be turned over to the NBI detention center this afternoon,” she said.

“He was arrested on (the) basis of (a) warrant of arrest to serve his sentence for the libel conviction with (Sen. Franklin) Drilon as complainant,” she said.

A source privy to the arrest confirmed the NBI operation but asked not to be named for lack of authority to issue any statement.

It is unclear where Mejorada was arrested but a source in the NBI in Western Visayas said the NBI operation was not conducted in the region.

Mejorada, former Iloilo provincial administrator, has eluded arrest after the Supreme Court on September 2, 2019 ruled with finality in affirming a 2017 Court of Appeals decision which upheld his conviction for libel conviction by the Pasay Regional Trial Court.

The Pasay RTC subsequently issued an arrest warrant against him on Dec. 10, 2019 to serve sentence. On Dec. 9, 2020, it issued a hold departure order against Mejorada.

The RTC had found Mejorada guilty for four counts of libel in relation to his social media and blog posts accusing Drilon of involvement in alleged irregularities in infrastructure projects in Iloilo.

The RTC sentenced Mejorada to a jail term from a minimum of two years, four months and one day to a maximum of four years and two months.

The Supreme Court had said in its resolution that no further pleadings will be entertained by the high court and ordered the issuance of an entry of final judgment on the case.

On January 25, the Pasay RTC again convicted Mejorada for a separate libel case filed by Drilon also for his posts accusing the Ilonggo senator of corruption.

“If imprisonment be the price for courageously exposing the truth, I have prepared myself and my family to accept my fate,” Mejorada had said in an earlier statement issued after the Supreme Court resolution.