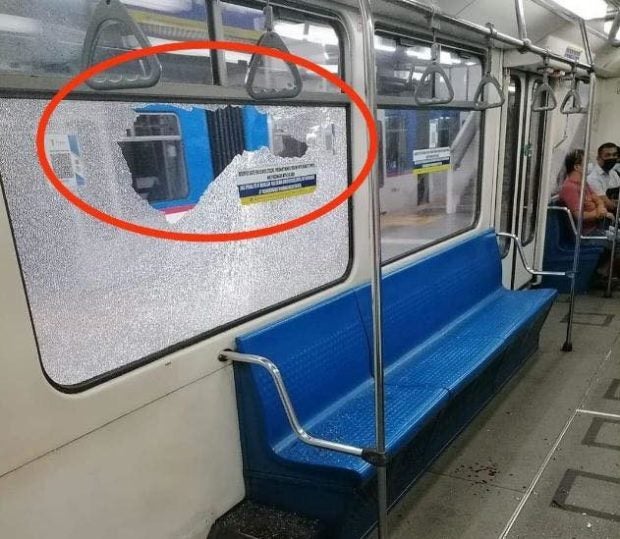 This photo shows the broken glass window of an MRT-3 train coach.

MANILA, Philippines — Management of the Metro Rail Transit-3  (MRT-3) said Monday that it is poised to file several complaints, including malicious mischief, against a 29-year-old man who allegedly threw a rock at a train coach and injured a passenger over the weekend.

The MRT-3 management in a statement identified the suspect as Lester Rodriguez, who was arrested Sunday night in Pasay City according to reports. It added that the suspect is currently detained in the Pasay City police substation 4 and under investigation.

“Police said Rodriguez was positively identified by two witnesses as the one who threw the rock at the MRT-3 train,” it noted.

“The MRT-3 Management will be filing several complaints against Rodriguez, including one for malicious mischief,” it also said.

Early Sunday, November 21, a then-unidentified suspect hurled a rock at an MRT-3 train bound for Magallanes Station smashing the glass window of a train coach and injuring a passenger.

This incident irked Transportation Secretary Arthur Tugade, who in a Facebook post called for the arrest and imprisonment of the persons behind it.