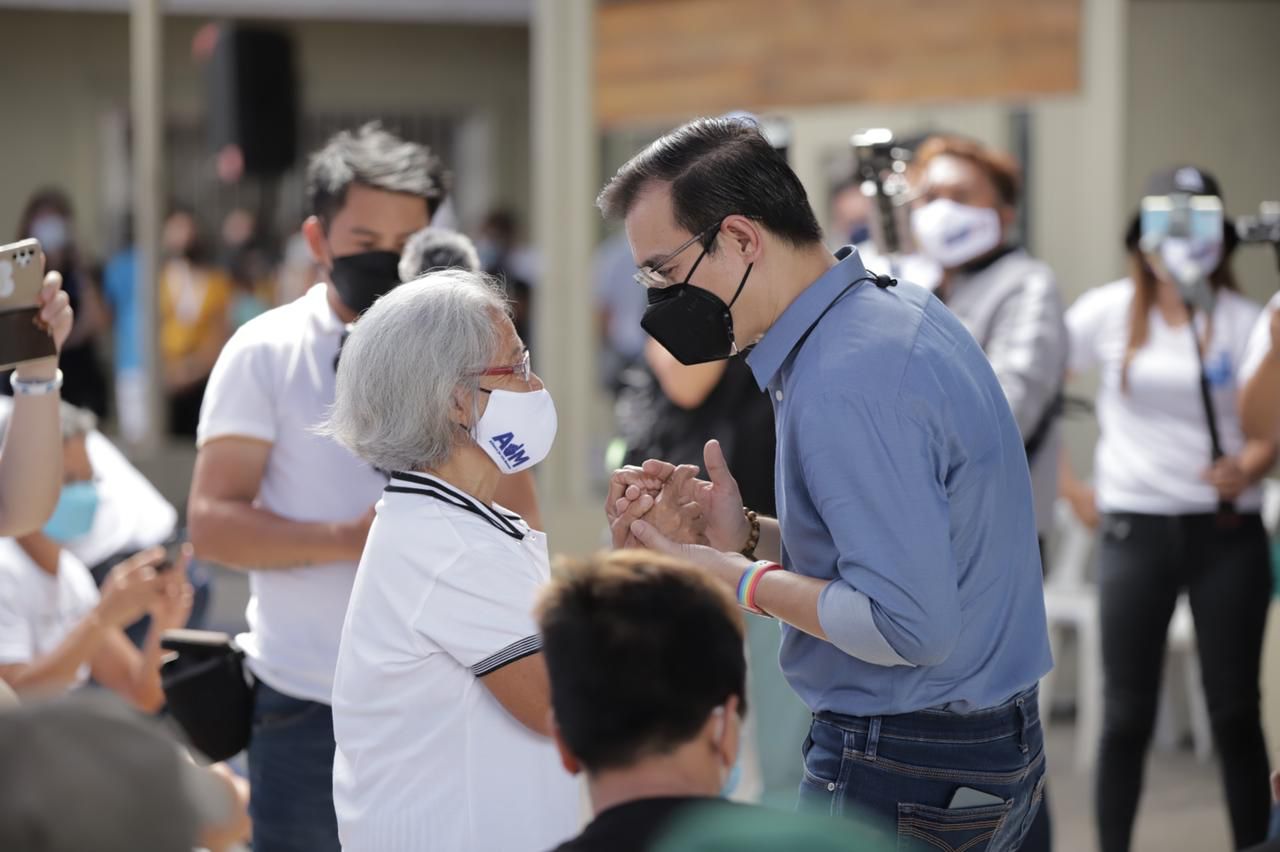 Lazaro personally expressed her support for Moreno before 100 members of the Pederasyon ng Kababaihang Lingkod ng Bayan Pilipinas (PKLBP) as she celebrated her 79th birthday in Calamba City.

The 47-year old presidential bet was accompanied by Lazaro in his visit to the Southern Tagalog province Thursday afternoon where he took time out from his busy schedule to personally greet Lazaro as well as meet the members of the PKLBP.

Photos posted on Moreno’s personal Facebook page showed him being warmly received by Lazaro’s friends and supporters, most of them politely requesting a group photo with the Aksyon Demokratiko president.

Speaking before members of the PKLBP, Moreno shared his platform of government and vision for the country if he emerged victorious in next year’s polls.

In his “Listening Tour” that brought him to Central Luzon, Cebu, Oriental Mindoro, and Southern Tagalog, Moreno vowed to cut by 50 percent taxes on oil and electricity to ease the economic hardships of ordinary Filipinos particularly farmers and fisherfolk. He also vowed to address joblessness, end hunger and insurgency and improve food security in the country.

In Calauan, Moreno vowed to impose a three-year moratorium on the conversion of agricultural lands as he spoke before 400 farmers, rice millers, and traders at the Masagana Rice Mills.

If elected president, Moreno said he will immediately sign an executive order that will stop the rampant and unchecked conversion of prime agricultural lands into other uses, such as in many cases, subdivisions, to protect the remaining agricultural lands in the country, and protect and ensure the welfare of farmers

Moreno also deplored that National Land Use Act has been pending in Congress for the past 33 years, but no action has been done.

“While we will certify its passage into law, as a basis for proper zoning procedures, I will impose a moratorium on agricultural land conversion through an executive order to be implemented by the DENR (Department of Environment and Natural Resources), DAR (Department of Agrarian Reform) and local government units,” said Moreno.

Read Next
Robredo vows to recover Marcos ill-gotten wealth if elected president
EDITORS' PICK
PH to import 60,000 tons of fish to cover shortage
Gear up and get ready to play with Yamaha Mio Gear
Over 3 Million worth of prizes to be won at Smart Padala’s SENDali Manalo Promo!
Acer starts the year off strong with the Aspire Vero National Geographic Edition
#VotePH2022: COVID, power woes loom as poll concerns
Workers are exempted from ‘no vax, no ride’ policy – DOLE chief
MOST READ
Guevarra to Acosta: Obey rules on unvaccinated
Emma Stone calls Andrew Garfield a ‘jerk’ after he ‘lied’ about his ‘Spider-Man: No Way Home’ appearance
Cold-case investigation names surprise suspect in Anne Frank’s betrayal
Czech anti-vax singer dies after deliberate infection
Don't miss out on the latest news and information.