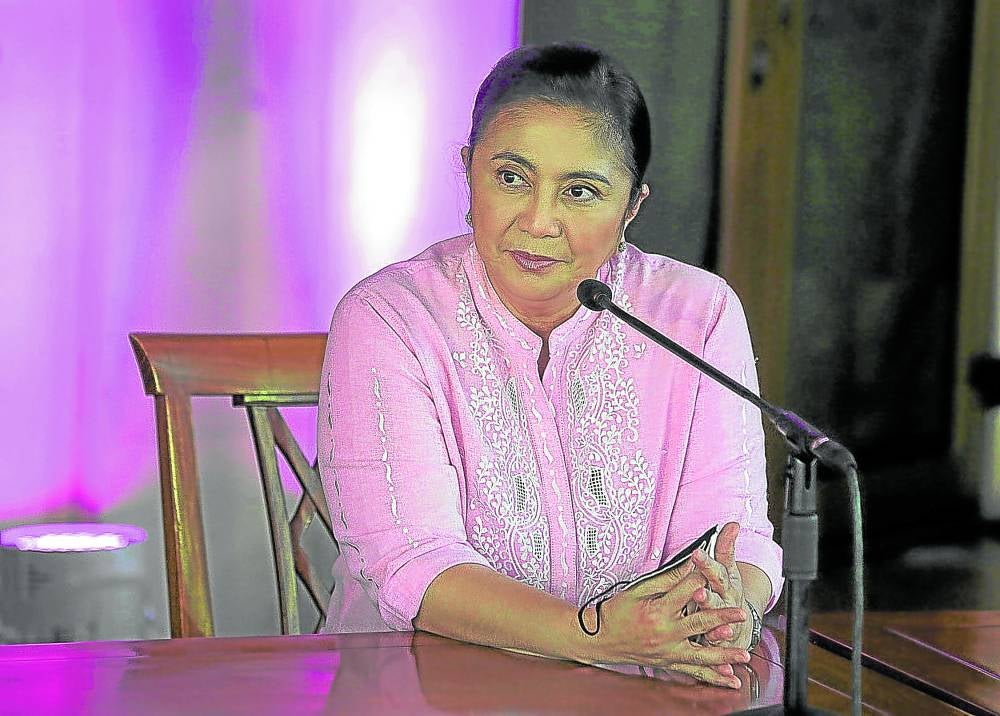 LUCENA CITY – Vice President Leni Robredo has vowed that she will continue efforts to recover ill-gotten wealth amassed during the Marcos regime if she gets elected president in next year’s polls.

“Tutukan yun ng pamahalaan hindi dahil kalaban ko sila. Tututukan yun dahil kailangan nating mabawi ang nakaw na yaman (The government will prioritize that not because they are against me. That will be prioritized because we need to recover the ill-gotten wealth),” Robredo declared in an interview conducted at the DCG Radio-TV Network studio at Maharlika Highway in Barangay Isabang in Tayabas City Saturday morning. The interview was conducted by Tito Ojeda, an icon in the broadcast industry in the Southern Tagalog, and station manager Violet Cabral.

(We will make sure to recover it because many people have suffered because of it, many lost their livelihood)

The late strongman Ferdinand Marcos placed the Philippines under martial law in 1972.

The Presidential Commission on Good Government (PCGG), created by Executive Order No. 1, the first edict that the late Corazon Aquino signed shortly after assuming power after People Power 1, is still trying to recover more than P125 billion worth of Marcos assets – which were allegedly part of the family’s ill-gotten wealth – and are now still under litigation.

Marcos’s only son and namesake, Ferdinand “Bongbong” Marcos Jr., is running for president in the next year’s election under the Partido Federal ng Pilipinas (PFP).

Robredo, without naming anyone, said a candidate is claiming that the Marcos ill-gotten wealth issue is just a story.

(That’s not just a story. The government has won many cases against them but they haven’t returned everything they have stolen.)

Robredo, a lawyer, emphasized that all records related to the ill-gotten wealth of the Marcoses are complete and intact.

“But it’s sad that the people allow themselves to be fooled. Some think that if they voted for this candidate (Marcos), he will save the country. But when you look at the records, this (ill-gotten wealth) is the reason they are poor,” Robredo argued.

Robredo and Marcos were toe-to-toe in the 2016 vice presidential race, with Robredo edging Marcos by just a little over 260,000 votes.

Marcos launched a poll protest against Robredo, but the Supreme Court, sitting as the Presidential Electoral Tribunal, unanimously dismissed Marcos’ complaint for lack of merit as recounts revealed Robredo’s votes increased, widening the gap between them even more.

But Robredo faces a tough battle to beat Marcos again based on recent surveys.

The latest poll results released by the Social Weather Station (SWS) on their research conducted from Oct. 20 to 23 showed Marcos leading all the presidential aspirants with 47 percent over Robredo’s 18.

However, Robredo has remained untroubled by the survey results favoring Marcos.

She noted that in the 2016 vice presidential race, she was at the bottom of the surveys among six candidates.

Robredo said the voting population in the Bicol region is larger than the voters in the Ilocos Region.

The Marcos camp boasted that under their so-called Solid North, most Ilocanos, especially those in Ilocos Norte, remained loyal to the Marcos clan.

However, Robredo argued that in the 2016 election, at least 70 percent of the Bicolano voters picked her over the other four vice-presidential candidates that also have roots in Bicol.

(The votes from Bicol played a huge part in my victory in 2016. If Bicol goes all-out for me, that’s enough to defeat the Solid North.)