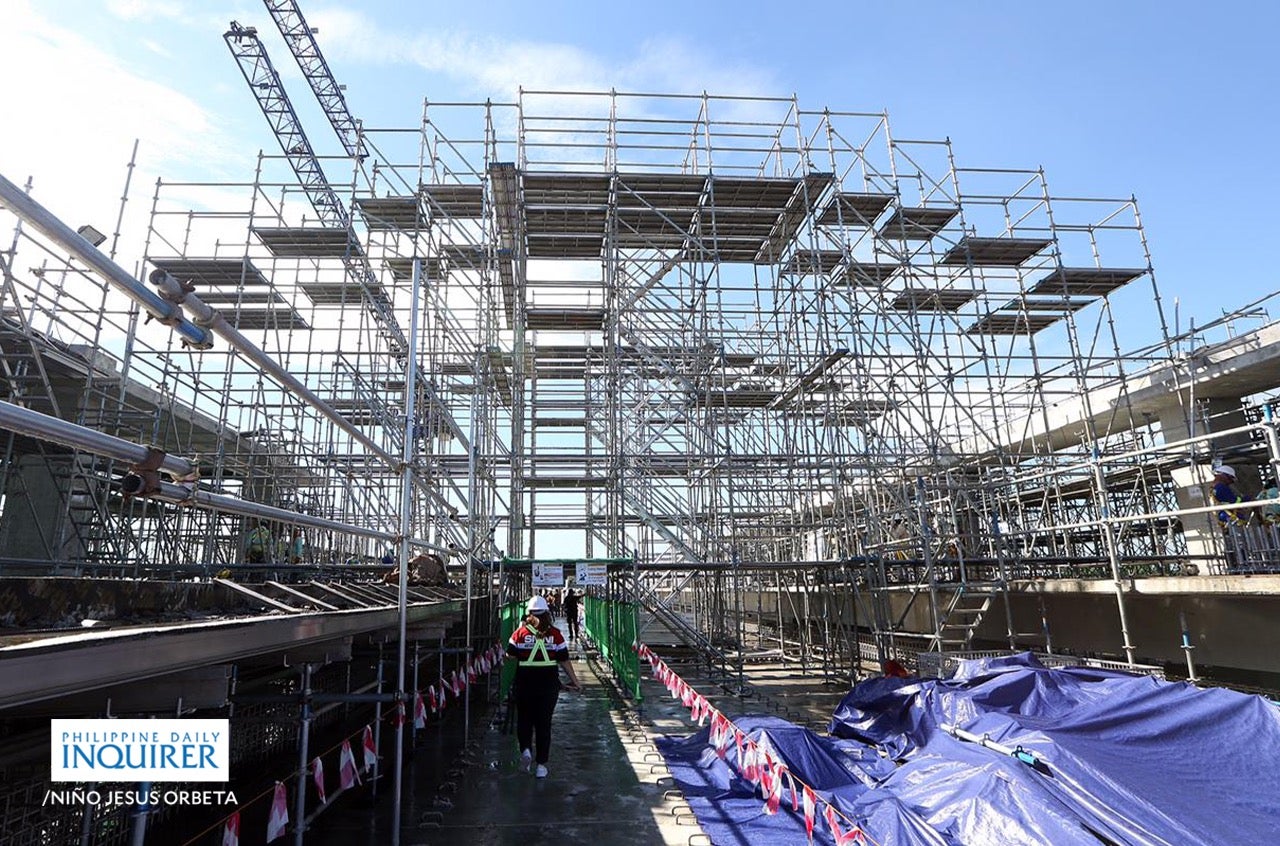 (FILE) Transportation Secretary Arthur Tugade leads the inspection of the 38-kilometer PNR Clark Phase 1 railway in Balagtas, Bulacan on Monday, June 14, 2021, the 1st segment of the massive North-South Commuter Railway. It has 10 stations, spanning the cities of Manila, Caloocan, Valenzuela Meycauayan and Malolos, and is set to open in 2024. 📷:Niño Jesus Orbeta/Philippine Daily Inquirer

MANILA, Philippines- The Department of Transportation (DOTr) has recently inked a deal with privately-led NLEX Corp. for the erection of columns for the second phase of the Philippine National Railways (PNR) Clark project.

In a statement late Tuesday, the DOTr said it has signed a memorandum of agreement (MOA) with NLEX, which will be responsible for erecting the columns “in the shoulders and median island” of the Subic-Clark-Tarlac Expressway to facilitate the seamless operations of both the expressway and the railway.

(“This MOA will help millions of Filipinos, which is part of the government’s mandate to provide a prosperous life.”)

The 53-kilometer PNR Clark Project Phase 2, which forms the second leg of the North-South Commuter Railway, seeks to link cities and municipalities in Central Luzon to Metro Manila.

DOTr has said that PNR Clark Phase 2, once completed, will reduce travel time between Makati City and Clark International Airport to less than two hours. The project’s overall progress stands at 31.21%.