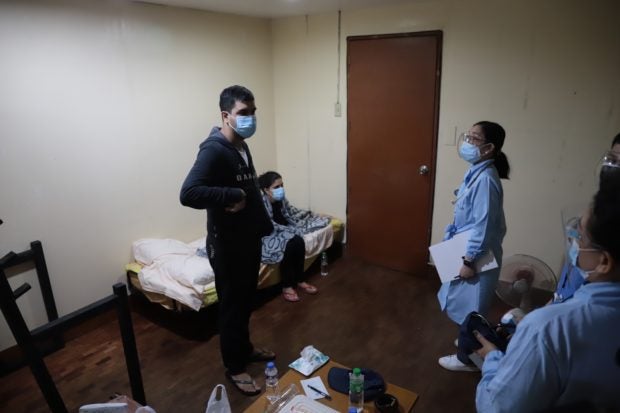 MANILA, Philippines — The Dargani siblings, executives of Pharmally Pharmaceutical Corp. that cornered alleged anomalous government deals to supply the medical needs of healthcare workers during the pandemic, have hired four lawyers to defend them in the investigation of the Senate, which had ordered their arrest.

An INQUIRER.net source said that in a letter addressed to the Senate Blue Ribbon committee, siblings Mohit and Twinkle Dargani have identified their counsel as Atty. Roy Kapunan, Atty. Demetri Felix, and Atty. Daryl Ritchie Valles.

The fourth counsel is yet to be named by the siblings, the source said.

“Yung tatlo ay nakausap na nila, naka-visit na on separate days/times, one at a time,” the source said in a text message.

(They have already talked to the three lawyers who have visited them on separate days and times, one at a time.)

One of the lawyers, Valles, apparently formerly served in the OSAP — an office under the Office of the President (OP).

The human resource department of the OP told INQUIRER.net that Valles served under OSAP until February 28, 2021. He joined the OSAP in August 2016.

The Dargani siblings are currently detained in the Senate after their arrest in Davao City over the weekend amid  an alleged attempt to fly out to Malaysia despite their citation for contempt by the Senate blue ribbon panel handling the investigation on the alleged questionable government pandemic spending.

Among those being probed is the government’s deal with Pharmally where Mohit served as corporate secretary and treasurer, while Twinkle stood as acting president.

INQUIRER.net has sought the comment of Palace for this story but has yet to receive a reply as of posting time.