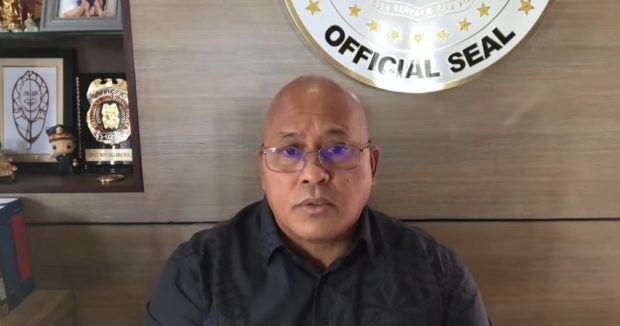 MANILA, Philippines — “You made me feel good before you left this world.”

“I was really feeling good with the results of our discussion…I could feel his sincerity when we discussed the ICC (International Criminal Court) investigation. I could really feel he was really concerned about my situation,” Dela Rosa said during the plenary deliberations on the CHR budget.

“From the bottom of my heart, kung saan man kayo si Chairman Gascon maraming salamat, you made me feel good before you left this world,” he added.

Dela Rosa last spoke with Gascon during the committee hearing he led on the proposed 2022 budget of the CHR last September 20.

During that hearing, Gascon assured Dela Rosa that the ICC does not impose the death penalty after the senator said he “rather be tried, convicted and even hanged before a Filipino court.”

Dela Rosa had said this shortly after a pre-trial chamber of the International ICC authorized the start of an investigation into the crimes against humanity cases filed against President Rodrigo Duterte in connection with the “drug war” killings.

Gascon passed away last October 9 after a bout with COVID-19. He was 57.

Aside from Dela Rosa, other senators also honored Gascon and extended their condolences to the CHR family.

Senator Joel Villanueva, for his part, remembered Gascon as a fighter for the nation’s democracy.

“A very low-key individual, humble and kind,” he added.

A lawyer, Gascon was appointed as chairman of the CHR by the late former President Benigno S. Aquino III in 2015. His fixed term was supposed to expire on May 5, 2022.

Prior to that, he was a member of the Human Rights Victims Claims Board, a quasi-judicial body created in 2013 through Republic Act 10368 that seeks to process the reparation of victims of human rights abuses during martial law under the regime of former President Ferdinand Marcos.