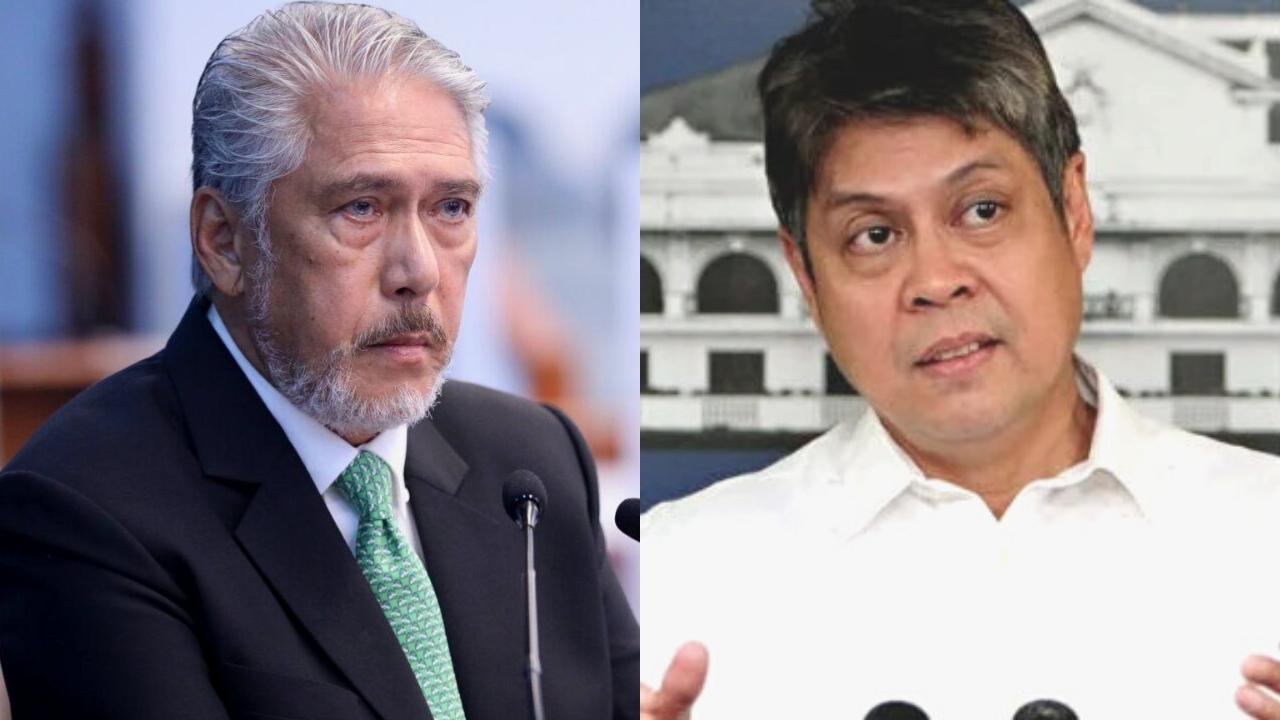 MANILA, Philippines — For the first time since the two lawmakers filed their certificates of candidacy for vice president with the Commission on Elections, Senate President Vicente “Tito” Sotto III admitted to having a rift within his extended family, with his niece megastar Sharon Cuneta’s husband, Senator Francis “Kiko” Pangilinan also running for the same position as him.

Sotto is married to veteran actress Helen Gamboa, sister of Cuneta‘s mother, Elaine. Despite their relations, Sotto and Pangilinan have been politically unaligned.

While running against Pangilinan does not bother him, Sotto said it is a “big deal” for his family.

“Well, to each his own,” he told ABS-CBN News Channel’s Headstart when asked how he feels about vying for vice presidency against Pangilinan.

“That question would better be asked [of] my wife and my children. They have a different perspective. As far as I am concerned, sa akin I brush it off. But to them, it’s a big deal,” said Sotto.

Asked why it is a big deal for his family, Sotto said: “I hope you don’t mind, but you better ask them.”

Not bothered, unless it’s Vic or Joey

“Ang nakarating sa akin ay ganito (What reached me was this): He (Vico) said he would not want to indulge or participate in the national politics of his political party because he has a relative running for a national post. That was his exact quotation,” he said.

Sotto was then asked about another niece who apparently supports the presidential bid of Vice President Leni Robredo. Sotto, who is running alongside Senator Panfilo Lacson, said he is not bothered by relatives supporting other candidates.

“No, it doesn’t. It does not. I would be bothered if it’s Vic Sotto or Joey De Leon,” he added.