Fariñas patriarch comes out of retirement, to run for Ilocos Norte governor 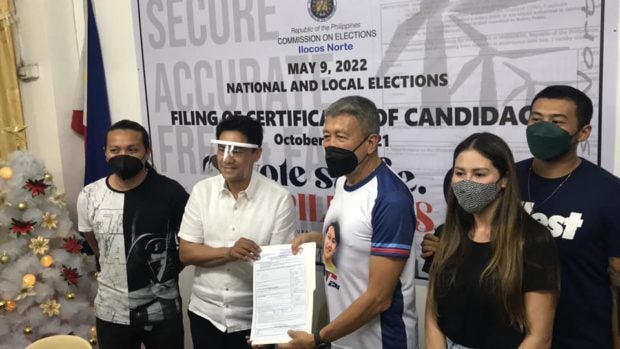 Beating the substitution deadline, Fariñas arrived at the provincial office of the Commission on Elections four minutes before the closing time.

Fariñas will be running against incumbent Gov. Matthew Marcos Manotoc, the son of Senator Imee Marcos. Manotoc is seeking a second term.

In 2019, Fariñas also sought to run as governor but decided to drop his candidacy at the last minute which left Manotoc to run unopposed.