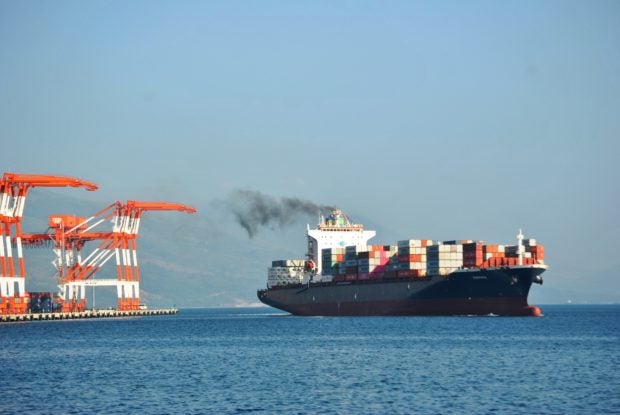 A vessel carrying containerized cargo is seen at Subic Bay. The Subic Bay Metropolitan Authority (SBMA) said at least P997 million in seaport revenues were registered by the agency in the first nine months of this year. (Photo courtesy of SBMA)

SUBIC BAY FREEPORT — At least P997 million in seaport revenues were registered by the Subic Bay Metropolitan Authority (SBMA) in the first nine months of this year, the agency announced on Monday.

The income was attributed to the containerized cargo trade, which the SBMA said continued to grow with the gradual reopening of the global economy.

Lawyer Wilma Eisma, SBMA chair and administrator, said the seaport department saw a 15-percent increase in revenues from January to September compared to the P863.7-million earnings posted in the same period last year.

“The increase in container traffic definitely carried the day for Subic because it also helped us realize increases in processing fees, SBMA shares from the operation of the container terminal, as well as leases,” Eisma said.

She said the revenue growth offset the low figures in other areas, such as the earnings from non-containerized cargo, which dropped dramatically due to the pandemic.

According to Eisma, they were anticipating an increase in container traffic and port revenue this year, citing the third-quarter figures that placed container cargo volume at 69,355 TEUs (twenty-foot equivalent units) compared to 62,103 in the second quarter.

Data from the SBMA Operations Group showed that the largest contributor to the revenue growth of the Subic seaport was the agency’s share from container terminal operations, which yielded P302.3 million from January to September this year.