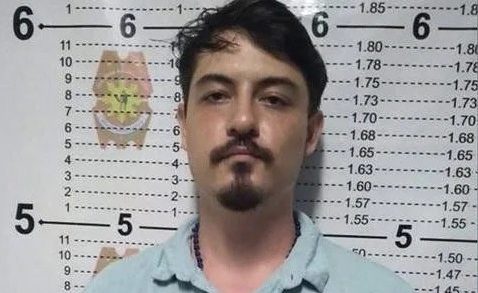 MANILA, Philippines — The La Union Regional Trial Court has dismissed the drug case against Julian Ongpin, son of business tycoon Roberto Ongpin in connection with several grams of cocaine found in the room that he shared with visual artist Breanna “Bree” Jonson.

“After an independent assessment of the evidence on record… the Court is constrained to dismiss the criminal case for lack of probable cause to issue a warrant of arrest against accused Julian Roberto Ongpin, in view of the utter non-compliance of the requirement of Sec. 21 of RA (Republic Act) 9165,” Presiding Judge Romeo Agacita Jr. said of San Fernando RTC Branch 27.

Section 21 of RA 9165 or the Dangerous Drugs Act refers to the chain of custody for authorities to strictly follow the procedure in handling confiscated drugs. 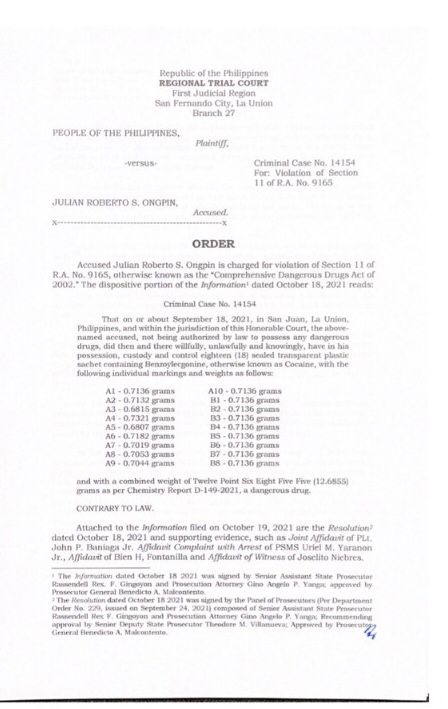 Non-compliance with the chain of custody can render the evidence inadmissible that may result in the dismissal of the case against the accused.

In Ongpin’s case, the court said the confiscated cocaine was not immediately marked during the seizure.

“Such flagrant lapse in the chain of custody puts into serious doubts the evidentiary value and integrity of the seized items,” the court said.

Under the rules, drugs should be immediately marked upon seizure to prevent switching or contamination of evidence.

Next, the court said there are no insulating witnesses present during the marking of seized items. Insulating witnesses refers to a member of the media or representative from the Department of Justice as well as any elected public officials. They are required to sign copies of the inventory of pieces of evidence.

In this case, the court said absence during the marking of evidence does not only include the insulating witnesses but Ongpin and his counsel are also absent.

The court took note that not even the lone civilian, the guard at the resort was not asked to sign the document labeled as “person who entered the crime scene.”

“This is a simple protocol, one that is not uncommon, certainly not new to assert the impossibility for complying with what is required by law,” the court said adding that not even the “saving clause” under the Dangerous Drugs Act could have saved the case from dismissal. The police argued that they were dispatched not because of illegal drugs but because of a dead body.

The court said the presence of “suspicious substance” inside plastic sachets should have alerted the police.

The court added that the police cannot also argue that there should be a presumption of regularity when they have processed the scene of the crime.

“To allow the presumption to prevail notwithstanding clear lapses of the established procedure is to negate the safeguards precisely placed by the law to ensure that no abuse is committed,” the court said.

Ongpin has also been tagged as a person of interest in the death of Jonson, who was found unconscious on Sept. 18 inside the bathroom of the hostel room they had rented in the surfing town of San Juan, La Union province.

Subsequently, authorities recovered 12.6 grams of cocaine inside the room that Ongpin shared with Jonson at that La Union resort.