Lacson: Nothing wrong with Pacquiao giving away cash prior to campaign period 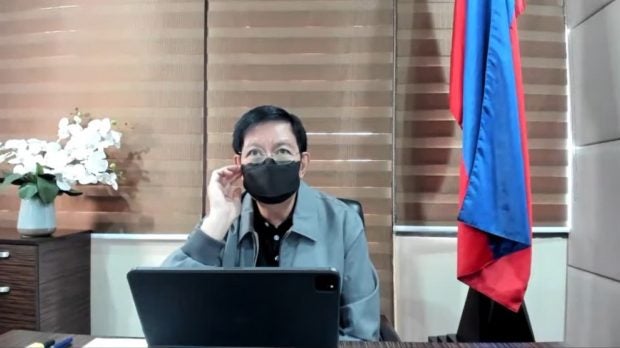 MANILA, Philippines — Presidential aspirant Senator Panfilo Lacson on Monday said he sees nothing wrong with Senator Manny Pacquiao, who is also eyeing the presidency in 2022, giving away cash to the public.

Lacson said it is not yet considered vote-buying since the campaign period has not yet started and Pacquiao is using his own money.

(We shouldn’t meddle with it because that’s his money. If that’s his way of helping people, we should appreciate it.)

Lacson even reasoned that Pacquiao has been handing out money to the public ever since, unlike other politicians who only show up during election season.

(People should see through the gestures of politicians. I think this is part of the education to the electorate that they should be discerning whether a candidate is showing suspicious behavior.)

However, it would be different once the campaign period for the 2022 elections starts in February and Senator Pacquiao is still seen giving out money, Lacson said.

He said this will be considered as vote-buying already.

Under the law, those who have filed their certificates of candidacies are not considered as official candidates yet before the official campaign period begins.

Lacson said he is not in favor of encouraging the public to accept money or bribes from politicians even if they vote according to their conscience and own preference.

(That’s wrong. We are teaching people to take advantage.)

(There is still something wrong even if you tell them to take the money but they don’t have to vote. The voters should just study the issues.)

Vice President Leni Robredo, who is also vying for the presidency in 2022, earlier encouraged the public to accept cash from politicians but they should vote according to their conscience.