Robredo on vote buying: That might be taxpayer’s money so accept it, but vote based on conscience | Inquirer News
Close
menu
search 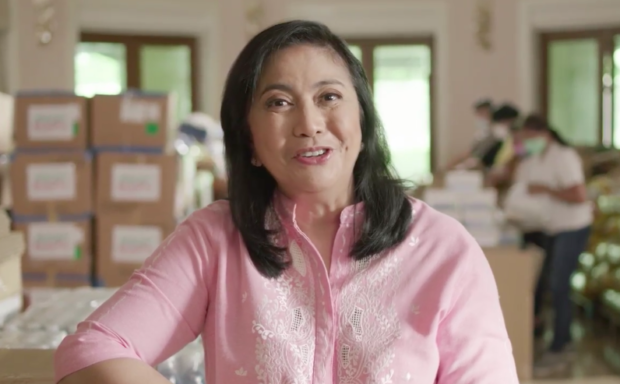 MANILA, Philippines — If a candidate asks voters for money in exchange for their votes, they should take it, because it may actually be taxpayers’ money, Vice President Leni Robredo said on Tuesday.

But Robredo, during an online meeting with household workers supportive of her presidential bid, reminded people to still vote based on what their conscience says.

(I have said this in the past: Accept it because it may have been from tax money.  What they used to buy your votes, could be the money of the people.  Accept it but vote whoever your conscience says.)

(Don’t just vote because you think you would be indebted to them after receiving the money.  For me, accept the money, but vote based on your conscience.)

While Robredo maintained that vote-buying is an illegal act, she also admitted that it would be hard to catch vote-buying, especially since it is possible that such activities have moved to online means — through e-wallet applications.

(We should arrest them because that’s wrong.  But now it’s easy.  Because today, we have apps like GCash, right?  We have those, so vote buying would be easier.)

But if voters have no choice, the Vice President assured the public that candidates or even poll watchers have no way of determining who voted for whom.  Also, she thinks that it would have an effect if candidates engaging in vote-buying eventually lose — as they would then understand that money cannot equate to electoral victory.

(If a candidate buys votes but he or she loses in the election, next time he or she would think twice about buying votes again.  Next time, they would think that vote-buying is not effective.)

(I can assure you that they cannot determine your vote.  Because that’s how they threaten voters, that they would know whom people voted.  So because you are scared, you would resort to voting for that candidate.  But there’s no way for them to see your vote.)

There have been accusations of vote-buying for the 2022 elections, like when social media users criticized Senator Manny Pacquiao for handing out money during his recent trips to cities and provinces.

But Pacquiao, a presidential candidate himself, stressed that money-giving activities had been part of his advocacy since 2002 — way before he became a local politician.

Earlier, Pacquiao said that those who criticize his provision of financial assistance may only be jealous of the fact that he has been helping people for a long time now.