MANILA, Philippines — The senators probing the government’s pandemic spending may not have been privy to the escape plan of the Dargani siblings, but they have long suspected that the two executives of Pharmally Pharmaceutical Corp. were hatching such a caper.

“We knew they were hatching their grand escape via the back door,” Senator Richard Gordon, chairman of  the Senate blue ribbon committee, said in a statement on Monday.

After the dust had settled on the arrest of Twinkle Dargani and her brother Mohit Dargani, it was revealed that not only had the siblings attempted to fly out to Malaysia via a private plane, but also gave chase to authorities when the team from the Senate’s Office of the Sergeant-at-Arms (OSAA) swooped down on them Sunday afternoon.

“They used their names, as in Twinkle and Mohit Dargani, using Philippine passports,” Senate sergeant at arms Rene Samonte said in a text message.

In another text message to reporters, Samonte disclosed their “short chase” with Mohit.

“Hindi naman nahirapan kasi nasa loob na ng plane. Sumama naman pababa ng maayos, pero while walking towards the vehicle where they will ride, Mohit ran back towards the plane.”

“It was a short chase at nahabol naman agad. He was warned that if he will do that again, he will be handcuffed. From there okay na and smooth,” Samonte added. 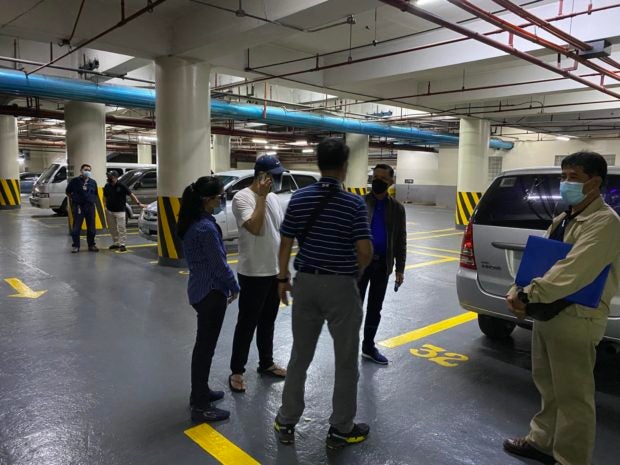 During Monday’s plenary session, Gordon said that around two days ago, they received information from concerned citizens about Mohit and Twinkle Dargani plotting to fly to either Kuala Lumpur in Malaysia or Singapore.

“We knew about this about two days before, earlier, but we kept it quiet. I didn’t even have to talk to Rene, General Samonte […] our staff were talking with them and giving them the information,” the Senator said.

“And with the help of Senate President Sotto (we were able to arrest them), because they (Darganis) were in Davao, I guess they figured they could get away with it. I mean you can see the impunity or the arrogance of these people,” he added.

According  to Gordon, it was not surprising that the siblings plotted to execute their “grand escape” from President Rodrigo Duterte’s home province.

“Indeed, they chartered a private plane and were leaving via Davao where they figured they could be safe and make law enforcement officers pause or hesitate to arrest them,” he said.

“Flight, especially on an expensive international chartered jet, is truly a clear sign of guilt. Evasion has always been the strategy of the guilty. This should also apply to former PS-DBM Undersecretary Lao who has also been evading arrest,” the senator added.

Gordon was referring to Lloyd Christopher Lao, the former head of the Procurement Service of the Department of Budget and Management, also ordered arrested by the Senate for skipping the ongoing investigation of the blue ribbon committee.

Mohit and Twinkle, both high-ranking officials of Pharmally, were ordered detained at the Senate last October 19 for not complying with the committee’s request for documents that are vital to the Senate’s investigation of alleged overpriced pandemic supplies.

However, after the contempt order, the siblings did not return to the hearing and went into hiding.

The Senate has also ordered the arrest of Lao, the former head of the  Procurement Service of the Department of Budget and Management,  for skipping the  ongoing investigation of the blue ribbon committee.

Gordon said it was Senate President Vicente Sotto III who “made arrangements for a private plane to take the Dargani siblings back to Manila.”

While thanking Sotto and commending Samonte and the Senate security team, the panel head said their task “is not yet complete.”

“The Darganis will be detained at the Senate until they tell the Filipino people the whole truth. We hope they will be more forthright in answering our questions in the next hearing on Nov. 26,” Gordon said.

The Darganis’ names surfaced during the Senate’s probe of Pharmally, for its role regarding the deficiencies spotted by the Commission on Audit (COA) in the Department of Health (DOH) COVID-19 funds worth P67.32 billion.

Of this P67.32 billion, COA said that DOH transferred over P42 billion to procuring agencies like the PS-DBM.

Lao approved contracts worth around P8.6 billion for Pharmally, despite the company having a small paid-up capital of P625,000.

There were also accusations that Pharmally’s equipment were overpriced, like in the case of face masks sold at over P27 per piece in April 2020, when other companies offered a price of P13 per piece.