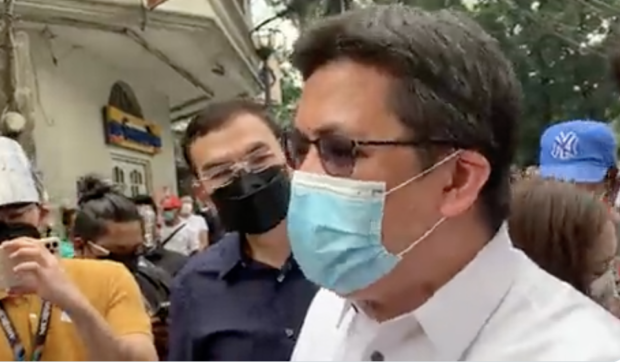 Capino went to the Commission on Elections main office in Intramuros, Manila to formalize his withdrawal during the last day of candidate substitution filing. 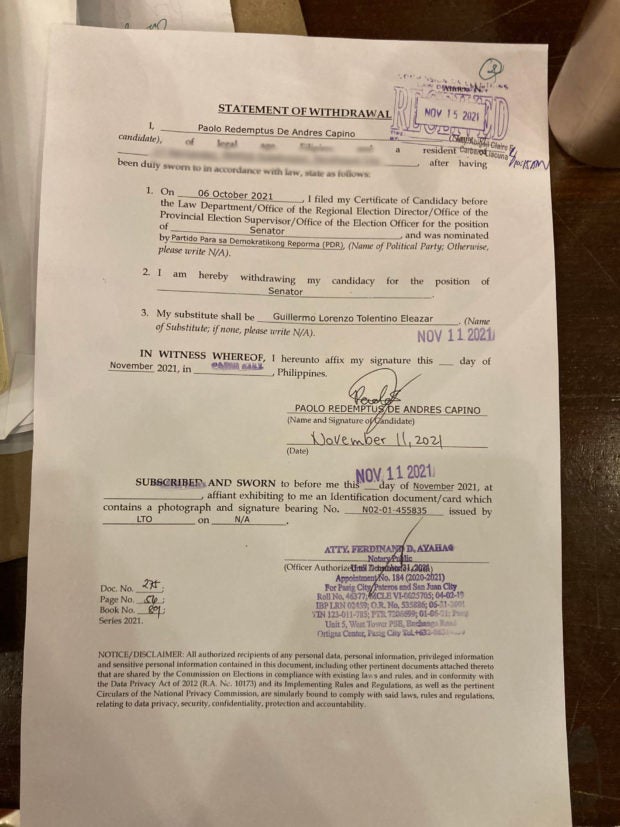 “Last Saturday when General Eleazar retired, I decided to withdraw. There is no better man who will replace me than General Eleazar,” he said in an ambush interview after his withdrawal.

Capino shared that he asked Eleazar on Saturday to continue his advocacy to help PWDs.

(General Eleazar and I talked on Saturday during his official retirement. All I asked from him was to carry my advocacy to help PWDs.)

Capino earlier announced his intent to withdraw from the polls, saying his chances of winning are “slim to none.”

He said that he will return to his media company Advocates Philippines as its chief executive officer.

Capino is among the senatorial aspirants endorsed by the tandem of Senator Panfilo Lacson and Senate President Vicente Sotto III. He earlier filed his certificate of candidacy for senator on October 6.