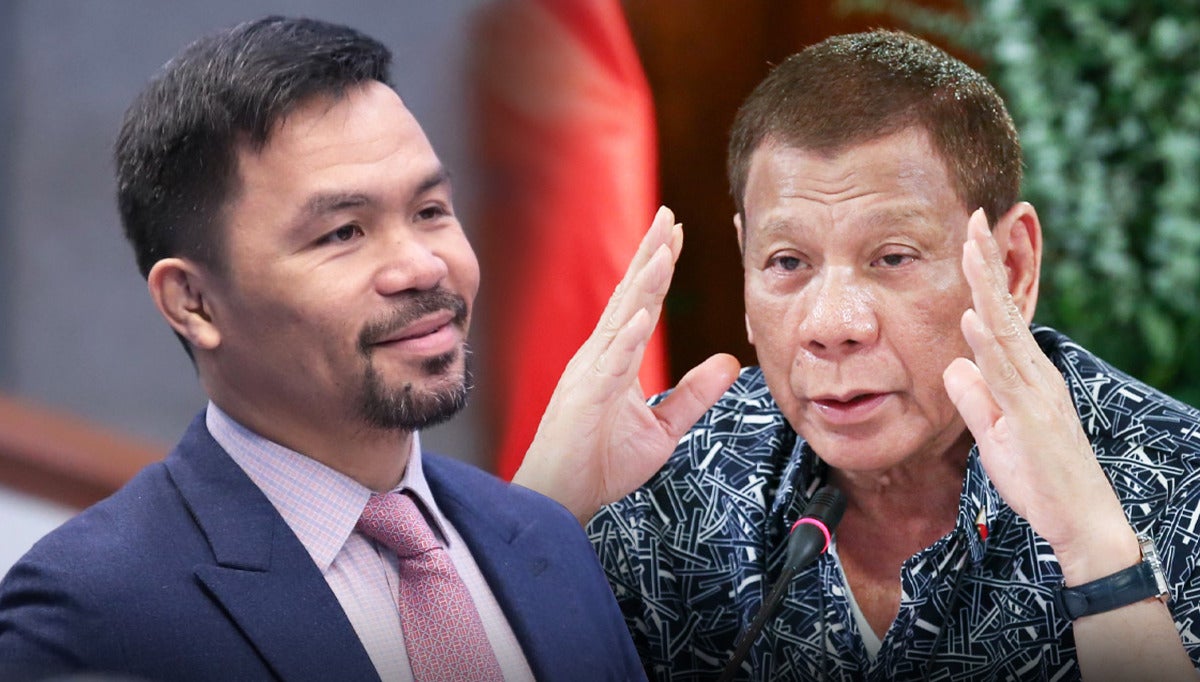 MANILA, Philippines — President Rodrigo Duterte has revealed that he rejected an offer from presidential aspirant Senator Manny Pacquiao to join forces in the 2022 elections for the sake of Mindanao.

During an interview with Banat By which aired on Youtube on Sunday, Duterte shared that he and Pacquiao had a talk where the senator offered the possible team-up.

(When we saw each other, I said, okay, I’ll talk to him. He said, let us work together for the sake of Mindanao. I said I’m sorry I cannot support you.)

Duterte said that he will only support his long-time aide Senator Bong Go who is seeking the presidency after substituting for Grepor Belgica under the Pederalismo ng Dugong Dakilang Samahan (PDDS) party.

The Chief Executive added that he will likewise not be supporting presidential aspirant Ferdinand “Bongbong” Marcos Jr., whose party adopted his daughter Davao City Mayor Sara Duterte-Carpio for the upcoming polls.

When asked why he chose Go to be the one to continue his programs, he noted the senator’s honesty.

(He did not do anything arrogant or boasted that he could this or that. But, in his years of service with me, I know that he is honest.)

Duterte on Saturday announced that he will run as vice president but has yet to file his certificate of candidacy.