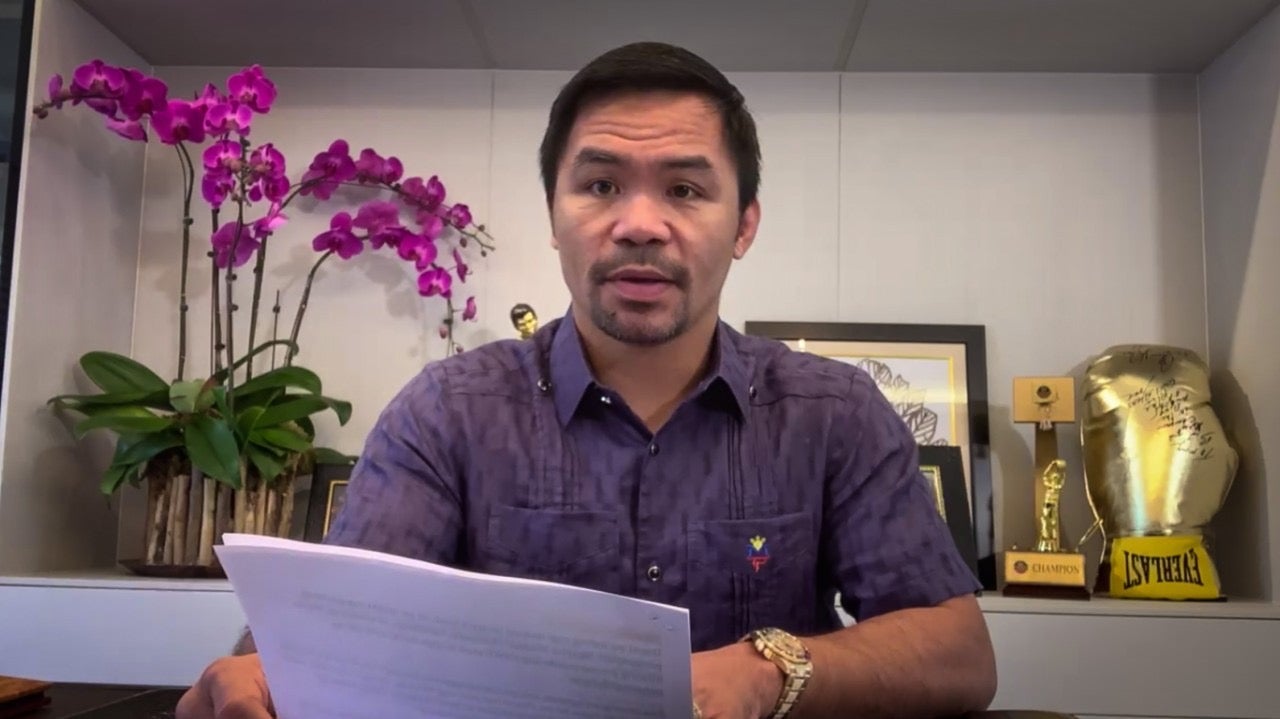 Presidential aspirant Senator Manny Pacquiao had this advice to Filipinos as the filing of substitutions for the 2022 polls continue on Saturday, with Davao City Mayor Sara Duterte-Caprio ending speculations of a presidential run by formalizing her bid for the vice presidency.

Pacquiao, who is in Cebu for the weekend, was asked about Duterte-Carpio’s decision to file her candidacy for vice president as a substitute candidate.

The senator welcomed Duterte-Carpio’s move, saying she can run for any elective position because, in the end, it will be voters who will make the final choice.

According to Pacquiao, he is ready to face anyone in the political arena and would not bother himself with the political plans and actions of other candidates.

In his case, Pacquiao stressed he will not back out from his presidential bid and would vigorously pursue his campaign with a pledge to get rid of corruption in all levels of government.

Earlier in the day, Pacquiao also met with the MP3 Movement, a coalition of volunteer leaders pushing for his presidency.

In his speech, Pacquiao reiterated his promise to crack down on corruption and said would build a “Mega Prison” that would be solely intended for corrupt government officials.

He said that this facility would be equipped with CCTV cameras that are fed directly to Malacañang and a hospital to house detainees who suddenly get sick when they are on trial.

After Pacquiao’s meeting with the MP3 Movement, he held a forum with young Cebu businessmen and shared his plan to provide zero-interest loans for micro-small and medium enterprises to push for their recovery amid the economic losses inflicted by the pandemic.