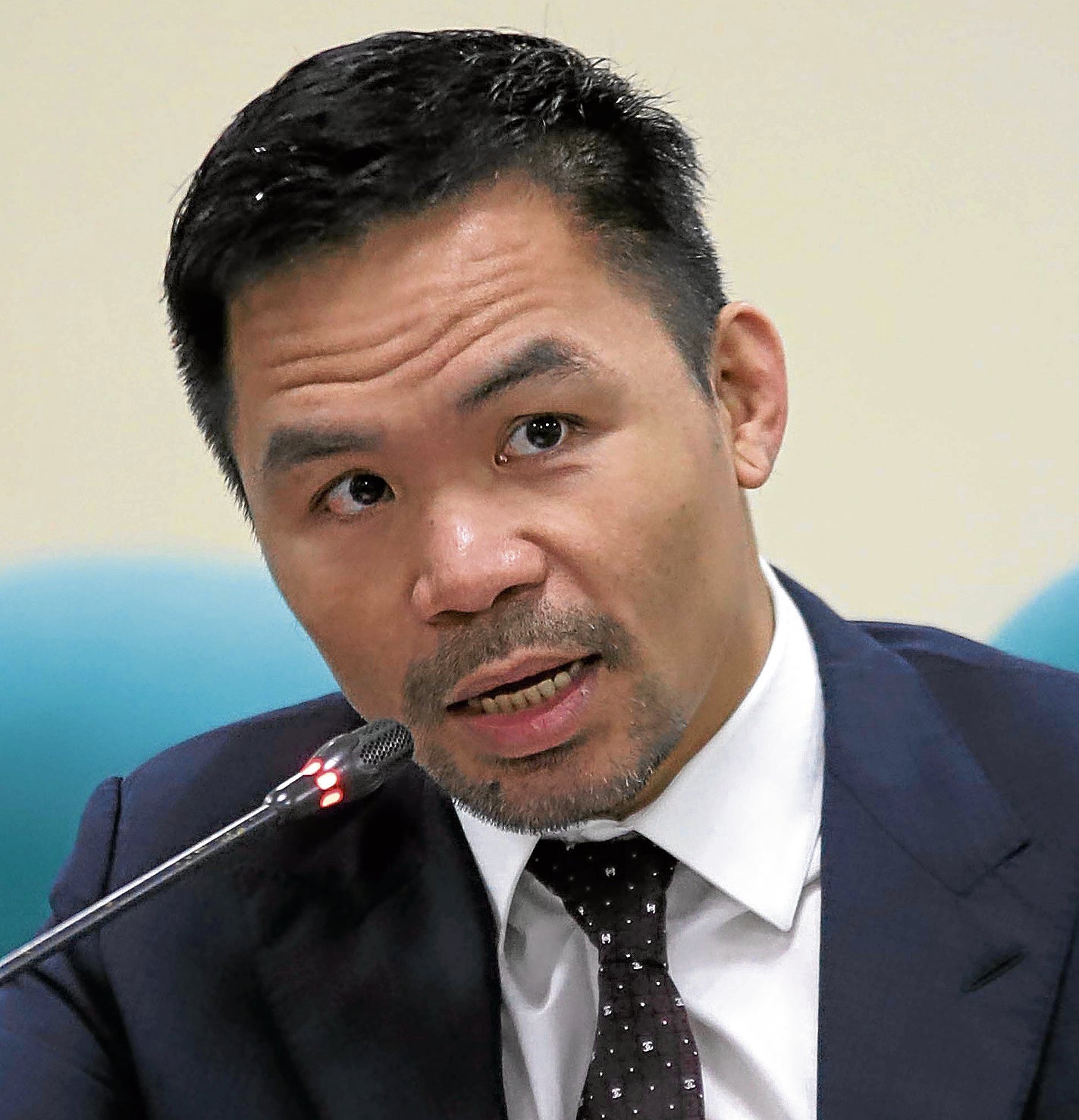 Pacquiao was in Cebu City on Saturday to attend the wedding of the son of Rep. Rodrigo Abellanosa of Cebu City’s south district.

He and Vice President Leni Robredo, who is also seeking the presidency, were among the principal sponsors.

Pacquiao said he is ready to face anyone in the political arena and would not bother himself with the political plans and actions of the other candidates.

(All I want for the people is to carefully choose who to lead the country because it seems that there are people who are just manipulating the people).

He stressed that as far as he is concerned, there is no turning back on his bid for the presidency. He said he would vigorously pursue his plans to share to the people his genuine desire to serve and fulfill his quest to get rid of corruption in all levels of governance.

Pacquiao also met with the MP3 Movement, a coalition of volunteer leaders pushing for his presidency.

In his speech, Pacquiao reiterated his promise to launch an all-out war against corruption and would build a “mega prison” that would be solely intended for corrupt government officials.

He said that this facility would be equipped with closed-circuit television cameras that are fed directly to Malacañang as well as a hospital to house detainees who suddenly get sick when they are on trial.

Pacquiao said he will make sure there won’t be a phone signal inside the mega prison.

His meeting with the MP3 Movement was followed by a forum with young Cebu businessmen where Pacquiao revealed his plan to provide zero-interest loans for micro-small and medium enterprises so that they can immediately recover from their losses during the pandemic.

Pacquiao vows to streamline, eradicate corruption in putting up business in PH

Pacquiao after meeting with Duterte: ‘No backing out’

Read Next
Pacquiao, Robredo cross paths in Cebu City as wedding sponsors
EDITORS' PICK
DOH: 28,471 new COVID-19 cases in PH; active cases now 284,458
On Day 2 of implementation, gov’t says workers now exempt from ‘no vax, no ride’ policy
Over 3 Million worth of prizes to be won at Smart Padala’s SENDali Manalo Promo!
Acer starts the year off strong with the Aspire Vero National Geographic Edition
Metro Manila posts lowest temperature yet this ‘amihan’ season at 19°C
Gear up and get ready to play with Yamaha Mio Gear
MOST READ
Derek Ramsay on being married to Ellen Adarna: ‘Gumaan ‘yung mundo ko’
Emma Stone calls Andrew Garfield a ‘jerk’ after he ‘lied’ about his ‘Spider-Man: No Way Home’ appearance
Lucky plants to grow in 2022
Retirements prompting major reshuffle in PH military
Don't miss out on the latest news and information.