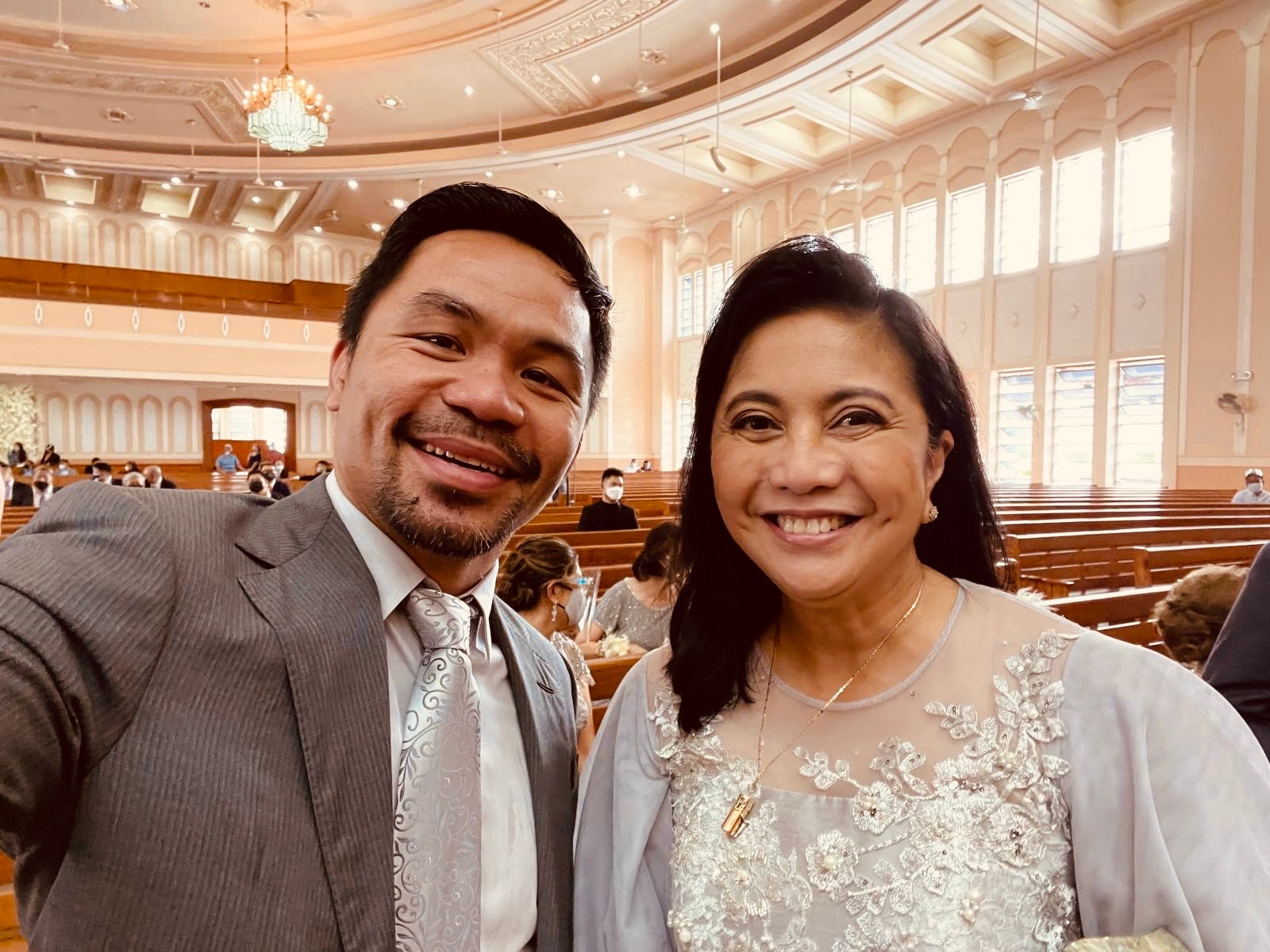 MANILA, Philippines — Presidential aspirants Senator Manny Pacquiao and Vice President Leni Robredo crossed paths on Saturday in Cebu City and even posed for a photo together.

Pacquiao and Robredo are both sponsors in the wedding of Jose Lorenzo and Marie Angelique Abellanosa held at the Iglesia Ni Cristo Locale in Cebu City, according to the senator’s staff.

Pacquiao is in Cebu for the weekend to meet with volunteers and business leaders.

The senator, based on the schedule provided by his office, is also set to meet with medical professionals and political leaders on Sunday.

For her part, Robredo was in Cebu to hold a meet-and-greet with Cebuano volunteers and grace the oath-taking of “Lawyers4Leni.”

As Pacquiao and Robredo embarked on their respective activities in Cebu, the filing for substitutions in Manila is in high gear.

On Saturday, Davao City Mayor Sara Duterte-Carpio filed her certificate of candidacy (COC) for vice president under Lakas-CMD, ending speculations on her political plans after quitting her reelection bid and regional party.

Sen. Bong Go, meanwhile, formalized his presidential bid, but under another political party. Go initially filed a COC to run for vice president under PDP-Laban.

Go was accompanied by President Rodrigo Duterte, who said he will run for vice president over a month after saying he was quitting politics.