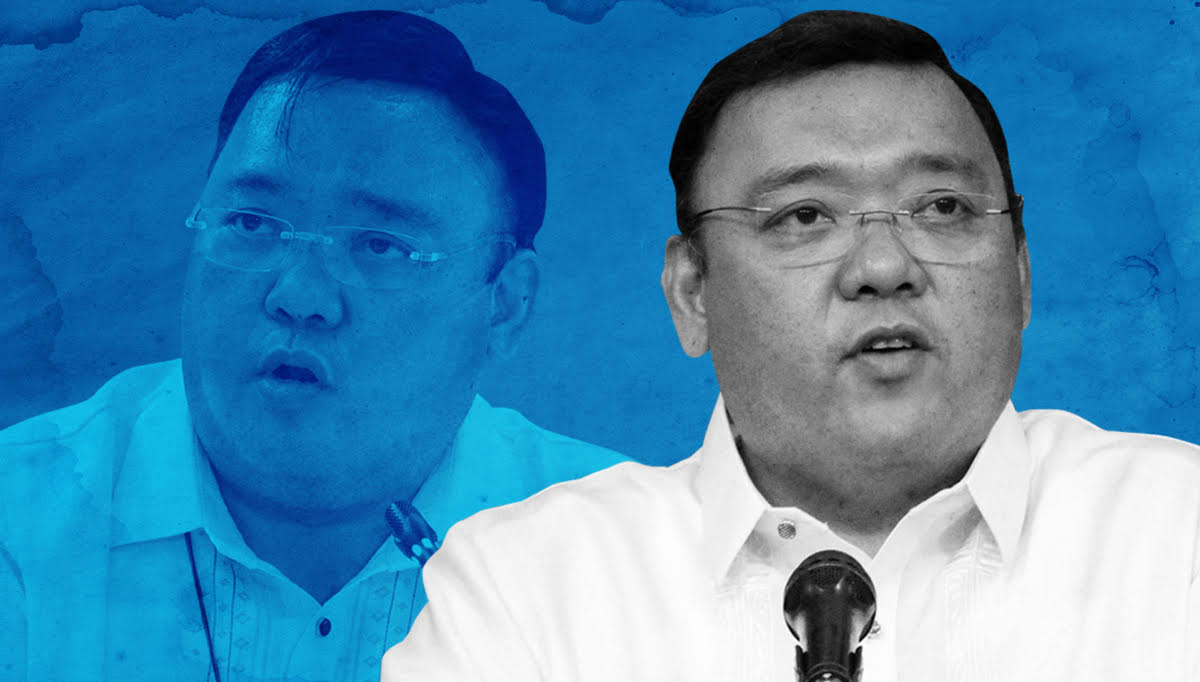 MANILA, Philippines—Presidential Spokesperson Harry Roque could have a seat in the United Nations (UN) International Law Commission (ILC), but there’s one thing missing—many of his fellow lawyers are not celebrating.

The celebration was missing when the Duterte administration nominated Roque to the ILC, a UN expert body that is composed of experts in international law and with the task of developing and arranging international laws into a system.

Roque’s nomination was vocally opposed by his fellow lawyers and groups, however, which included the school where he finished law.

Last Nov. 8, a letter, now signed by 176 lawyers in the Philippines, was sent to over 190 states belonging to the UN, asking them not to vote for Roque. The elections for the ILC was scheduled on Friday (Nov. 12). 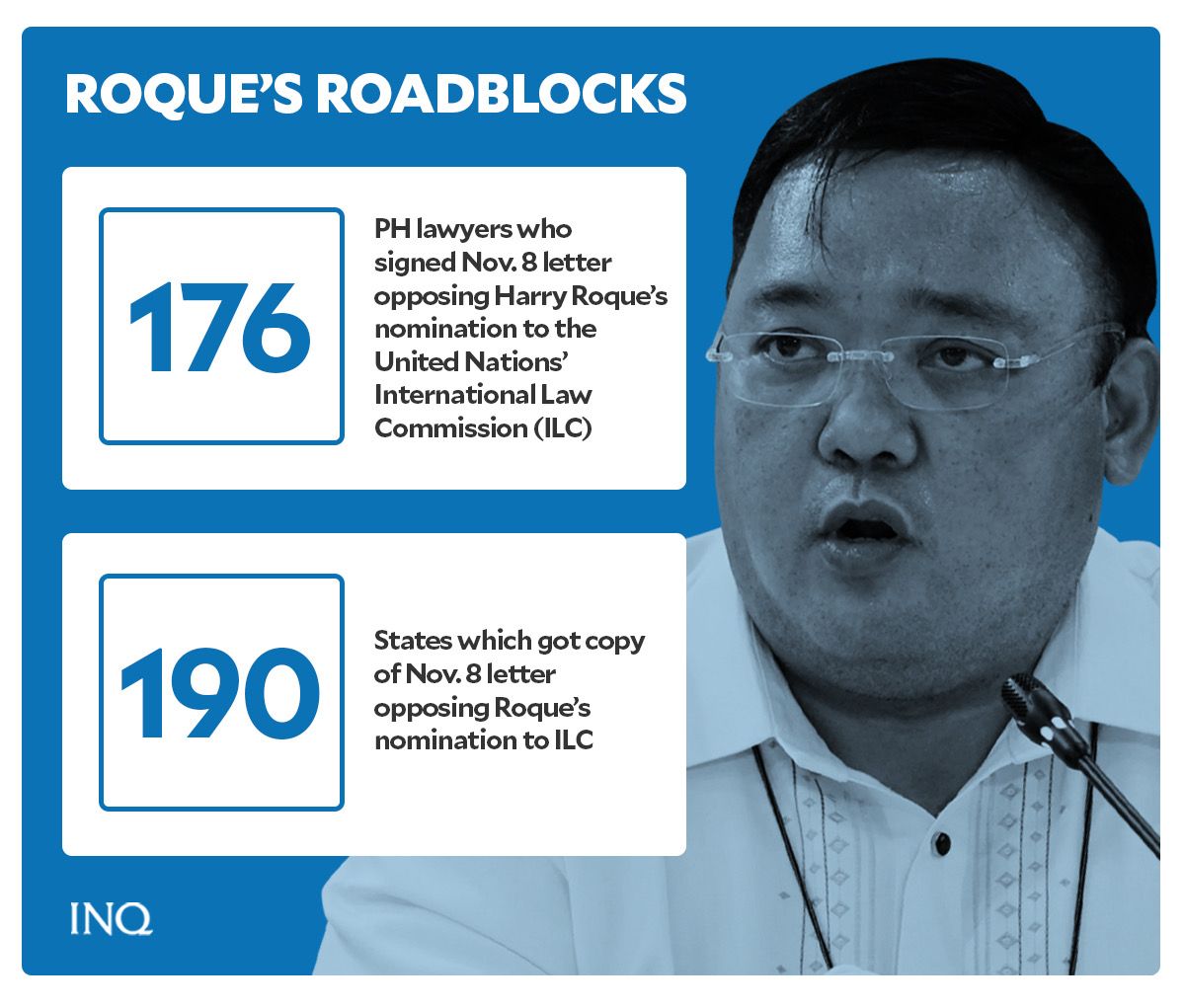 The critics said Roque’s election would be an “aberration” to the ILC’s directive, diminish its standing and affect its credibility, especially in encouraging the “progressive” development of international laws.

Lawyer Edre Olalia, president of the National Union of People’s Lawyers, told INQUIRER.net that the “vehement objection” to Roque’s appointment to the ILC should drive him to “self-examination.”

However, Roque said last Nov. 10 that the opposition to his bid “recognizes why [he deserves] to be a member of the commission,” saying that he could bring “principled and practical perspectives”.

Roque, one of 11 Asia-Pacific nominees to the ILC, said his bid was backed by his “broad expertise and experience as a lawyer, an activist, a teacher, a politician, and as a public servant.” 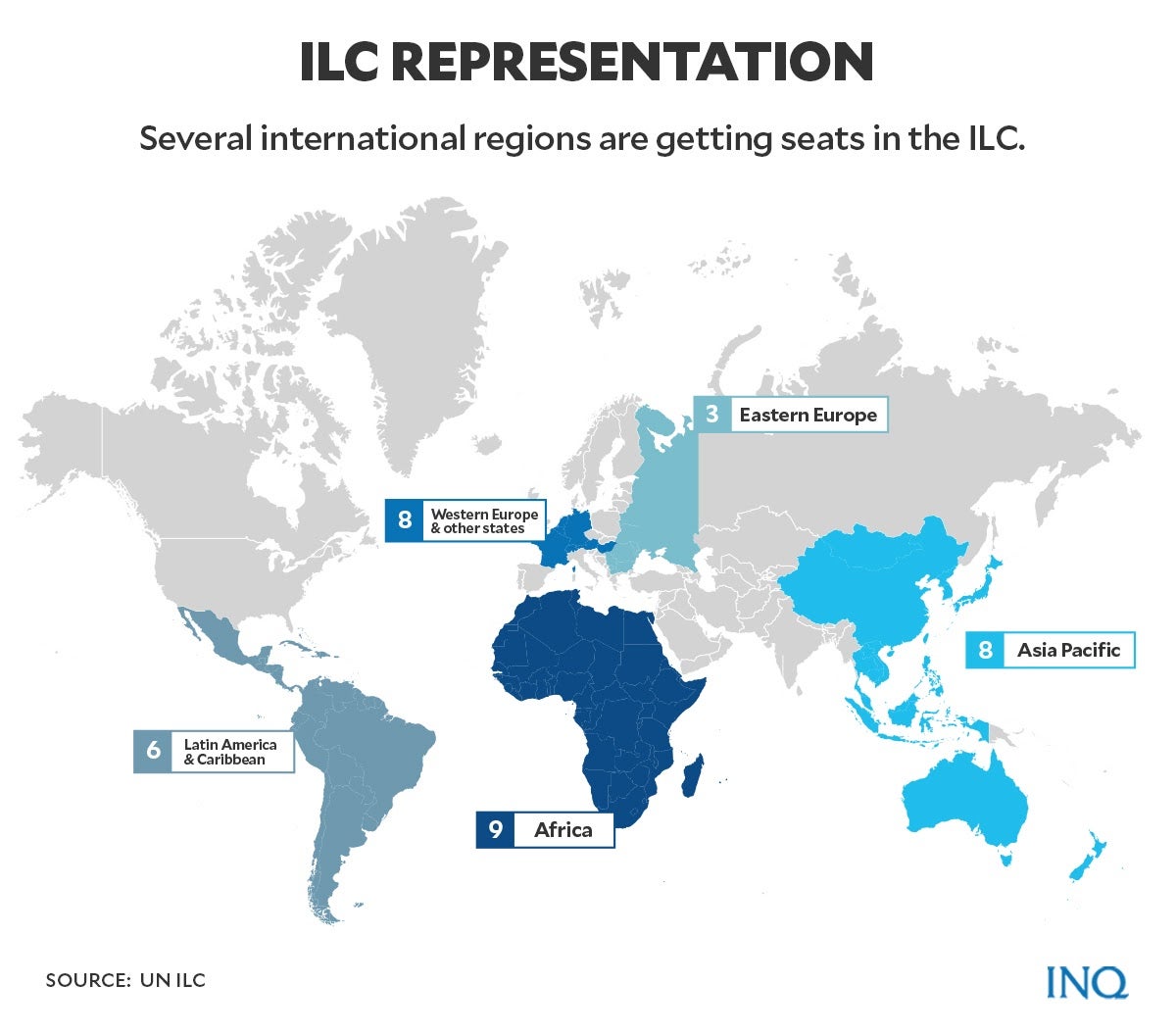 Those who will get elected–eight from Asia-Pacific, nine from Africa, three from Eastern Europe, six from Latin America and the Caribbean, and eight from Western Europe and other states–will have a five year term that will start on Jan. 1, 2023.

Philippine lawyers said, however, that Roque’s “expertise” as an international lawyer had gone to waste as he became “quite incongruous” when he openly denigrated international mechanisms on accountability, like the ICC, UN Human Rights Council and the Office of the High Commissioner for Human Rights.

Roque, according to those opposed to his ILC bid, also weakened platforms for conflict resolution, like the Permanent Court of Arbitration in The Hague which ruled in favor of the Philippines’ petition to invalidate China’s nine-dash line claim in the South China Sea.

Opponents of Roque’s ILC bid said he “unbelievably defended and justified” Duterte’s pronouncements “enabling extrajudicial killings (EJKs)” and “attacks on the rule of law and due process.”

Roque, the lawyers explained, has sacrificed his “role” as a lawyer in exchange for his blind loyalty to a strongman President. “We fear he will bring this with him to the ILC,” they said.

They said Roque has rationalized EJKs and tolerated the weaponization of the law against activists, dissenters and the opposition, saying that under Duterte he had become “very sensitive to legitimate criticisms.”

Roque became Duterte’s spokesperson in October 2017. He resigned a year later. In 2020, a month after the COVID-19 lockdown was imposed, he replaced Salvador Panelo who remained as the President’s legal counsel.

Since 2017, he had been highly criticized for statements that ran counter to what he had been known to fight for in the past. Before he became part of the government, he represented victims in high-profile cases through CenterLaw.

Last Nov. 9, representatives of the International Association of Democratic Lawyers said Roque “arrogantly” defended “even beyond the call of duty” the attacks of the President, especially on human rights.

In June 2018, in an official visit to South Korea, Duterte kissed an overseas Filipino worker (OFW). In an exclusive video by the Philippine News Agency, the OFW said there was “no malice” with the kiss.

Roque told CNN Philippines that the kiss was an act of “endearment”. “I believe an overwhelming majority of the Filipinos continue to support the President and found the kiss a light moment that is very accepted in the culture of Filipinos.”

In October 2018, however, he said in ABS-CBN’s “Gandang Gabi Vice” that the kiss was “inappropriate”. But he said the President intended it to be taken lightly. Asked why he defended it, he said it was his task.

In September 2018 Duterte said his only sin were EJKs because those killed in the anti-drug campaign could be considered collateral damage. “Ang kasalanan ko lang ‘yung mga extrajudicial killings (My only sin are the EJKs).”

Roque said, “I’d like to emphasize that there is actually no crime under both domestic law or international law as ‘EJK’. In fact this is a misleading term because killing in our Constitution and in our laws is never legal.”

“As I said, there’s even no crime as EJK. It’s a misnomer because, you know, there can never be judicial killings in this country because we have done away with the death penalty,” he said.

In April 2020, Duterte said, “My orders to the police, the military and the barangay [officials]: If they become unruly and they fight you and your lives are endangered, shoot them dead! Let’s see. Dead.” He was referring to people violating quarantine rules.

Weeks later, a retired military officer with mental illness was killed by the police in Quezon City. Roque denied allegations that the President’s words inspired the killing.

“There’s nothing like that […] This is not related to anything that the President said, and the police also didn’t say that he was implementing an order from the President,” said Roque.

In November 2020 when Duterte and several officials cracked sex jokes while at a briefing on Typhoon Ulysses that hit Luzon, Duterte said a local government official grew old because of “womanizing”.

“He spent all his time on [women], he got old. That really makes you old. Too many women,” he said. The official said he’s “undersexed” and the President should make him a Cabinet official “so I won’t be ‘undersexed’.”

Roque said, “It’s a Filipino trait that despite challenges, we try to lighten the mood. So it’s not only the President who does that.” He also said that Duterte was already criticized for sexist jokes in the past but “he was still elected.”

In September 2021, Roque said the ICC is only quick in investigating cases in less-developed nations, saying that crimes allegedly committed by those from developed nations are not concluded swiftly.

“If the accused are from developed countries it takes them 10 years to decide. And the decision is to not pursue the preliminary investigation. But when it comes to those from less-developed countries, like the Philippines, they issue a resolution right away,” he said.

In September 2021, when the ICC approved a formal investigation on the government’s bloody war against drugs, Roque said, “If there are complaints, it should be filed in the Philippines because our courts are working.”

“The ICC has no jurisdiction. When we became a party in the Rome Statute, we did not surrender our sovereignty and jurisdiction,” Roque said, explaining that the government will not allow any ICC investigators into the Philippines.

In August 2021, as the Senate initiated an investigation of government deals with Pharmally Pharmaceutical Corp., Duterte turned his ire on senators, saying that they were only “showing off” because of the elections.

“I’m not politicizing, but don’t believe what lawmakers say in Congress. They are just all talk because the elections are near. There are many of them, including Sen. [Richard] Gordon,” he said.

Defending the President’s expletives, Roque said, “Our COVID-19 response is evidenced by the rising number of vaccinated people. But the President needs to stand up for people he believes have done nothing wrong.”

The lawyers opposing Roque’s ILC bid also said they were “scandalized by his spins and reinvention of basic legal principles and concepts in his zealousness to repackage the President’s pronouncements of questionable legal and constitutional bases.”

Roque, however, said, “I say they are wrong. Throughout my career as a lawyer and human rights advocate, I have resolutely obeyed all institutions and rules for legal accountability.” 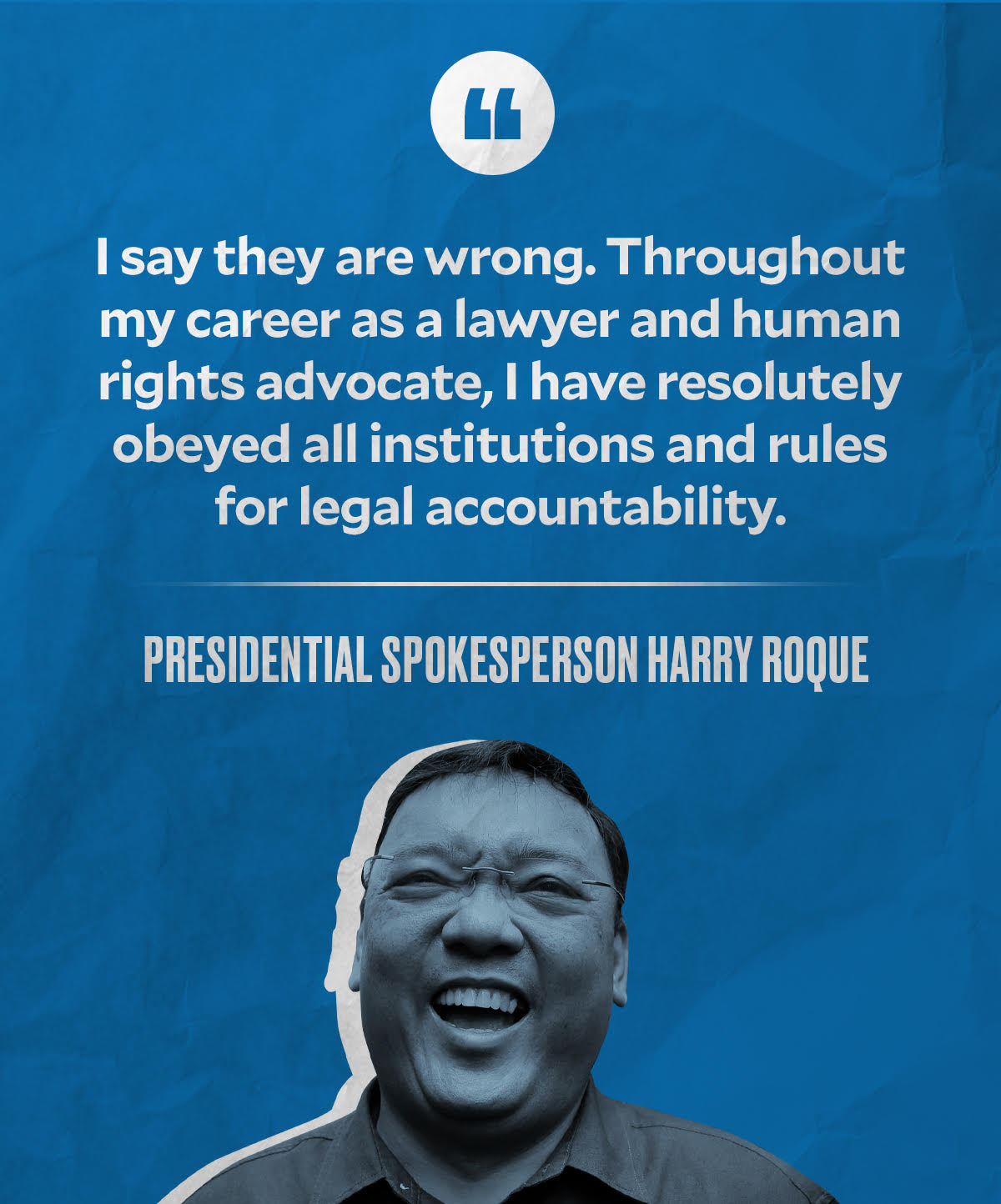 In 2018, Roque said he ceased to have personal opinions when he became Duterte’s spokesperson. Olalia, however, said that the fact that Roque stayed as spokesperson despite claiming he has not lost his principles was already wrong. “Who’s forcing you to stay,” Olalia said, addressing Roque.

“If you think that it is not compatible with your own position, why can’t you just go the easy way by resigning. We find it not convincing,” Olalia said.

He said Roque’s actions and work ethics “where you can spin the truth, where you can make acrobatics of certain statements, that is something that we fear.”

“That will impact the proposals no matter how meritorious they may seem to be because the test of credibility is that it must not only be credible in itself but must also come from a credible source,” he said.

Read Next
Ex-cop who allegedly robbed a QC cash remittance shop nabbed in Pampanga
EDITORS' PICK
Acer starts the year off strong with the Aspire Vero National Geographic Edition
The best of bayside and city living at SMDC’s Sail Residences
EDITORIAL: Protecting the polls’ integrity
COVID-19 virus spread slowing down in Metro Manila, says OCTA Research
Over 3 Million worth of prizes to be won at Smart Padala’s SENDali Manalo Promo!
Comelec junks petition to scrap Bongbong Marcos COC
MOST READ
Drug lord Espinosa tried to escape through air vent at detention facility – NBI
In Batanes, octogenarian dies of COVID-19
When to get boosters after positive COVID test
Marcos Jr. visits Cebu, stands as ‘ninong’ to mayor’s son
Don't miss out on the latest news and information.