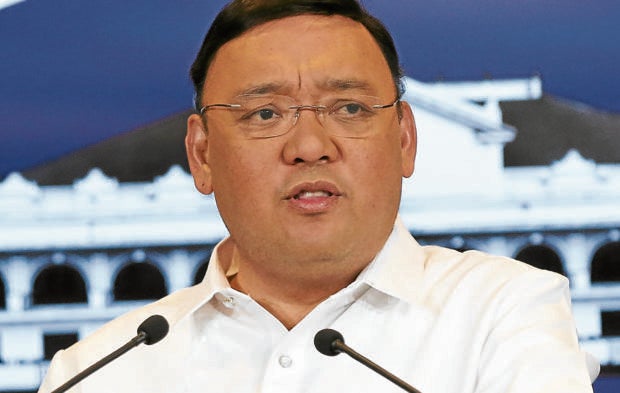 MANILA, Philippines — A total of 24 lawyers from 12 countries expressed their disapproval of the nomination of presidential spokesperson Harry Roque’ to the United Nations (UN) International Law Commission (ILC).

The lawyers are representatives of the International Association of Democratic Lawyers (IADL), a worldwide body of democratic lawyers and jurists from over 90 countries. The IADL is a member of the Congress of Non-Government Organizations (CONGO) of the UN.

In a statement issued on Tuesday, Roque’s candidacy was both “inappropriate and unacceptable” to IADL, which is mandated to “initiate studies and make recommendations for the purpose of encouraging the progressive development of international law and its codification.”

They also pointed out that Roque had “arrogantly” defended “even beyond the call of duty” the attacks of President Rodrigo Duterte attacks on human rights, justice, due process, and the rule of law.

Apart from this, the lawyers said that Roque had also “openly undermined” international accountability bodies and mechanisms like the International Criminal Court (ICC), the UN Human Rights Council, and the UN Office High Commissioner for Human Rights.

“To allow Mr. Roque to be elected to the Commission, therefore, is incompatible with its mandate, may contaminate its reputation and prestige, and might unduly compromise its credibility,” the lawyers said.

“At its core, his election will be adding insult to the irreparable injury to the victims of continuing human rights violations in the Philippines,” they added.

Meanwhile, Roque earlier downplayed the opposition of 152 more lawyers on his nomination in the ILC, shrugging them off as mere “political noise.”

However, as the IADL noted, many other Filipinos and solidarity groups in the Philippines — even Roque’s own alma mater, the University of the Philippines — had objected to his nomination and candidacy to the ILC.

Roque downplays opposition of 152 lawyers to his ILC nomination