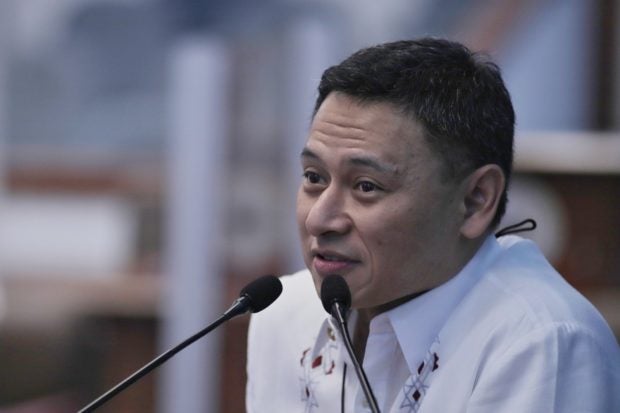 MANILA, Philippines — The health sector is the third most funded under the Senate finance panel’s version of the 2022 national budget, according to Senator Sonny Angara on Tuesday, with the Department of Health (DOH) getting P226.7 billion.

Speaking with reporters online, Angara said the committee he chairs added a total of P91 billion in the 2022 budget of DOH and the Philippine Health Insurance Corp. (PhilHealth).

According to figures from Angara’s office, the health sector has a total allocated budget of over P312.3 billion for next year.

Under the Senate panel’s proposed health budget for 2022, the DOH will receive P226,717,828 while PhilHealth will get nearly P80 billion.

For specialty hospitals like the Lung Center of the Philippines, the National Kidney and Transplant Institute, the Philippine Children’s Medical Center, the Philippine Heart Center, and the Philippine Institute of Traditional Alternative Health Care, the Senate finance committee allotted a total of more than P5.6 billion.

Further, based on figures from Angara’s office, the education sector and the Department of Public Works and Highways (DPWH) were allocated the two highest budgets in 2022.

A total of P738.6 billion was allotted to the education sector, with P593.5 billion going to the Department of Education; P78.1 billion to state universities and colleges; P14.9 billion to the Technical Education and Skills Development Authority; and P52 billion to the Commission on Higher Education.

The DPWH has a P665.53-billion allocation under the Senate panel’s budget proposal.

The committee report will face the scrutiny of senators on the floor and may be subject to changes. Angara said the bill may be approved on the third and final reading on November 25.

After the Senate approves the proposed 2022 spending plan, it will hold a bicameral conference with the House of Representatives to reconcile disagreeing provisions of their respective versions of the budget bill.