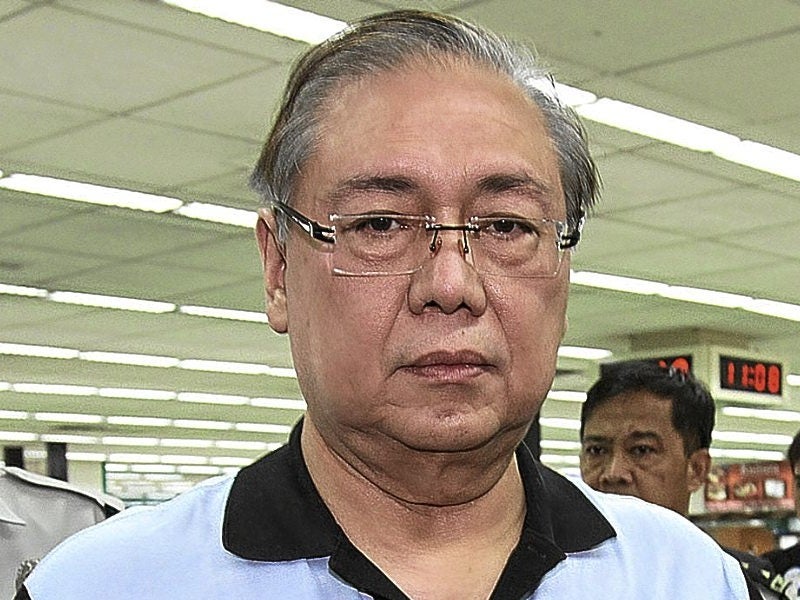 MANILA, Philippines — The Supreme Court has affirmed the Sandiganbayan’s power to subpoena the Anti-Money Laundering Council (AMLC) in connection with the criminal case against former first gentleman Jose Miguel “Mike” Arroyo for his alleged involvement in the Philippine National Police’s purchase of two secondhand helicopters.

“There was no showing that the Sandiganbayan gravely abused its discretion in issuing the subpoena duces tecum and ad testificandum and denying petitioner’s motion to quash and motion for reconsideration,” said the ruling, penned by Associate Justice Marvic Leonen of the high court’s Third Division.

“Instead of avoiding compliance with the subpoena, petitioner must firmly perform its mandate as an investigatory body and independent financial intelligence unit,” it added.

The petition is an offshoot of People v. P/Dir. General Jesus Versoza where the Office of the Special Prosecutor charged Arroyo with plunder, among others, before the Sandiganbayan for his involvement in the helicopter purchase.

The seller, Lionair Inc., sold the helicopters as brand-new even if they were already used.

Lionair president Archibald Po testified that Arroyo was the real owner of the helicopters and claimed that Lionair imported the helicopters from the United States and sold them to Arroyo, who in turn deposited partial payment to Lionair’s account with the Union Bank.

But Union Bank failed to verify the transaction because the account was closed in 2006 and suggested that the Bangko Sentral ng Pilipinas or the AMLC may have reports on the transaction.

But AMLC moved to quash the subpoena, arguing that the bank account is confidential under Republic Act No. 9160. The Sandiganbayan denied the motion.

The Supreme Court agreed with the Sandiganbayan and said that AMLC “is not one of the covered institutions prohibited from disclosing information on covered and suspicious transactions.”

It reiterated that, unlike covered institutions, the AMLC is mandated to investigate and use the information it has to institute cases against violators.

Furthermore, it held that the prohibition and confidentiality provisions cannot apply to the AMLC; otherwise, it would contravene its direct mandate under Section 7 of RA 9160.

“Petitioner is not merely a repository of reports and information on covered and suspicious transactions. It is created precisely to investigate and institute charges against the offenders. Section 7 clearly states that it is tasked to institute civil forfeiture proceedings and other remedial proceedings, and to file complaints with the Department of Justice or the Office of the Ombudsman for antimoney laundering offenses,” said the court.

The court also stressed that the criminal prosecution of antimoney laundering offenses would be unduly hampered if the petitioner were prohibited from disclosing information regarding covered and suspicious transactions.

The court held that the AMLC’s argument invoking confidentiality should not be an issue because the owner and depositor of the bank account itself had already waived its rights.