Over P231M worth of DA interventions given to farmers, fisherfolk affected by Taal | Inquirer News
Close
menu
search

Over P231M worth of DA interventions given to farmers, fisherfolk affected by Taal 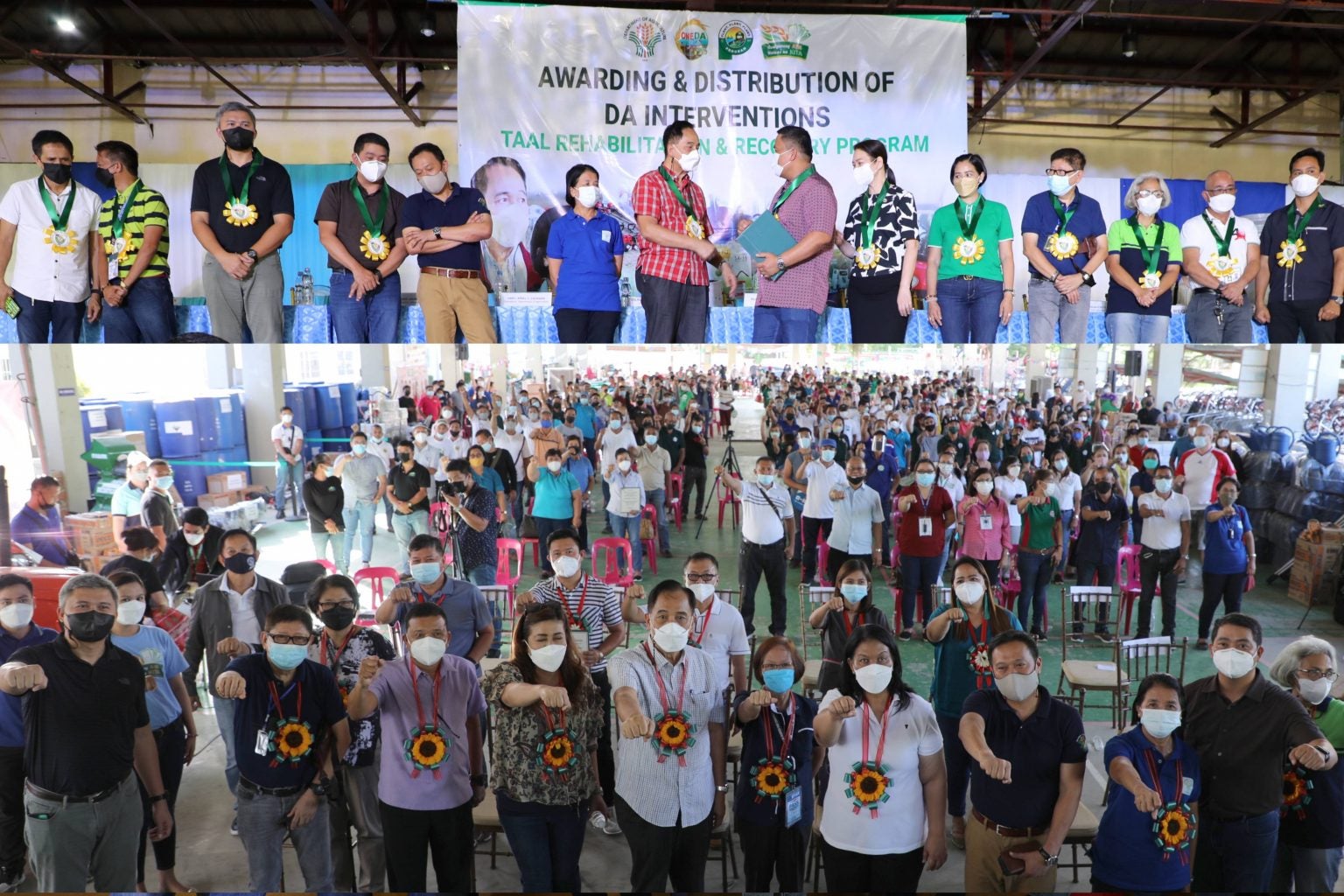 MANILA, Philippines — The Department of Agriculture (DA) said on Thursday that it has disbursed over P231.09 million worth of seeds, fertilizers, pesticides and tools to Batangas-based farmers, fisherfolk and groups affected by Taal Volcano’s eruption.

DA estimates show that the volcano’s eruption brought about P1.8-billion worth of damage across more than 12,400 hectares of agricultural land in Calabarzon.

“As part of the national government’s Taal Rehabilitation and Recovery plan, Agriculture Secretary William Dar awarded P231.09 million worth of DA interventions to the Provincial Government of Batangas to help its farmers and fisherfolk resume their livelihoods,” the agency said in a press release on its website.

Aside from the volcanic eruption, the outbreak of African Swine Fever (ASF) and global health pandemic have affected Batangas province and the livelihoods of its residents, he added.

“Batangas, being near Metro Manila, has an important obligation. There are a lot of hog raisers here in Batangas. And you know, ASF is still present in that area. [We plan to] make Batangas a model in eradicating ASF,” Dar said in a mix of English and Tagalog.

He announced that the national government gave the green light to roll out an “indemnification payment” for backyard hog raisers, and this set to be distributed through the DA’s Regional Field Office in Region 4-A this month. However, he gave no further details about it.

In January 2020, Philippine Institute of Volcanology and Seismology (PHIVOLCS) confirmed that Taal Volcano has experienced a phreatic eruption, generating a plume of ash which reached 100 meters.

A phreatic eruption is driven by steam which causes a steam emission to reach the surface, Phivolcs science research specialist Allan Loza has earlier said.

As of 8 am of Thursday, PHIVOLCS said Taal Volcano remains under increased unrest, adding that Alert Level 2 prevails over the active volcano. Under this alert level, Taal Volcano Island may experience “sudden steam or gas-driven explosions, volcanic earthquakes, minor ashfall, and lethal accumulations or expulsions of volcanic gas.