Pangilinan: We’re willing to talk use of pink ribbons with breast cancer advocates 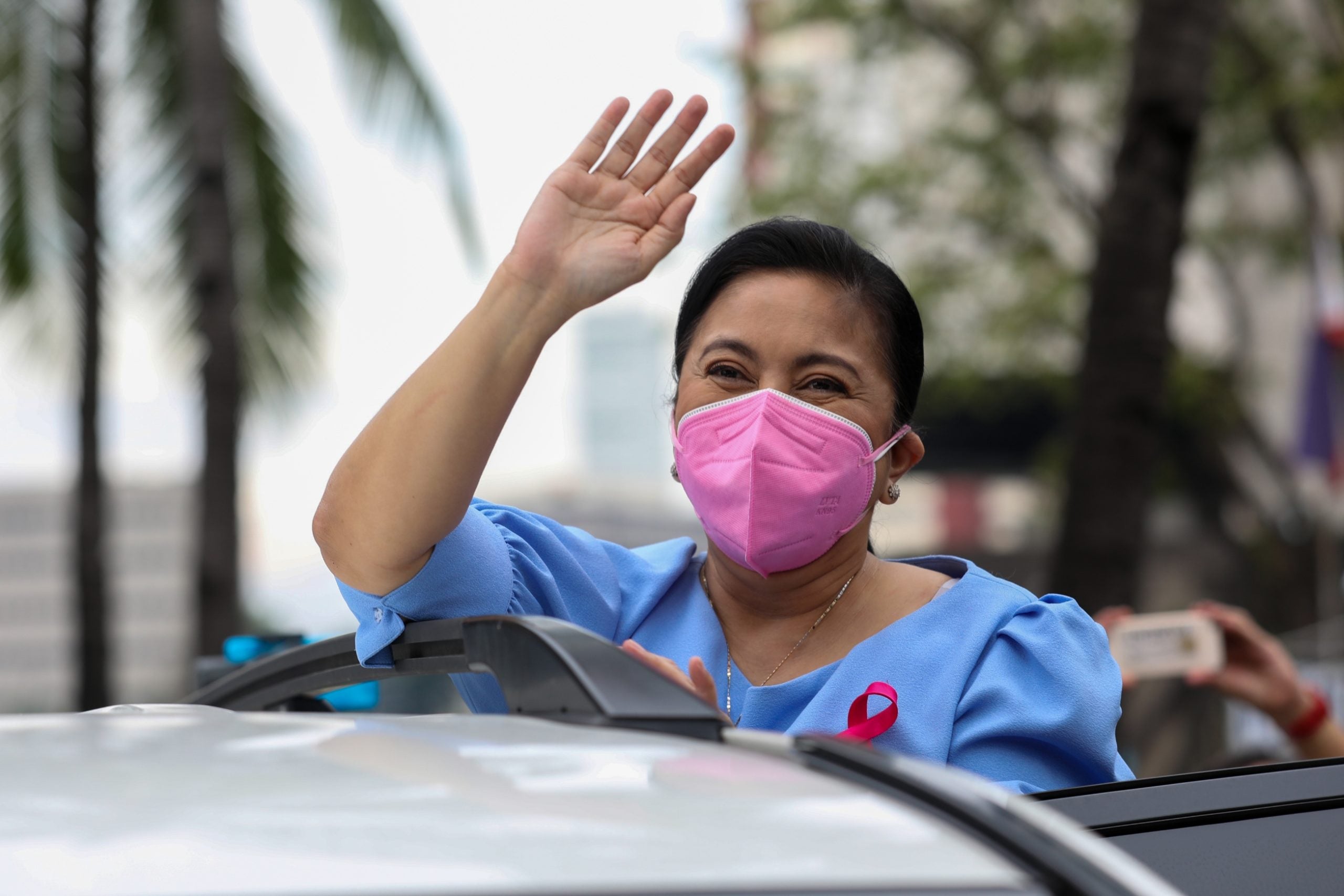 (FILE) VP Leni officially declared her intention to run for the presidency before her staff and supporters at the Quezon City Reception House. (Photo by OVP)

MANILA, Philippines — Senator Francis Pangilinan said he and Vice President Leni Robredo are willing to sit down with breast cancer awareness advocates who were reportedly offended by the use of the advocacy’s pink color in their campaign.

At the Kapihan sa Manila Bay forum on Wednesday, Pangilinan said he is not aware of these concerns — that the pink ribbon and color used as a symbol for breast cancer awareness were supposedly being politicized after Vice President Leni Robredo adopted it as her campaign color.

The senator clarified though that it was not Robredo who chose the color.

“I am not aware of that but we’re willing to sit down with them and discuss this, except that if we may again explain, hindi kami ang namili no’ng pink.  Tao ang naglabas no’ng pink,” Pangilinan said.

(I am not aware of that but we’re willing to sit down with them and discuss this, except that if we may again explain, we did not choose the color pink.  The people are the ones who used it.)

“So there is no intention to appropriate this from the cancer awareness movement, and if some feel this is inappropriate, we wish to reassure them na hindi namin sinasadyang kunin ang inyong kulay — in fact ang tao ang kumuha ng kulay, sila ang naglabas nito,” he added.

(So there is no intention to appropriate this from the cancer awareness movement, and if some feel this is inappropriate, we wish to reassure them that we did not intend getting that color — in fact, the people are responsible for picking the color.)

Robredo — who was wearing blue when she made the announcement — eventually used the colors, and said a day after that the pink was a fitting color to what her campaign represents, which is activism and hope.

On the same day that she explained her decision to use pink, Robredo also announced that she will be running with Pangilinan seeking the vice presidency.

However, Robredo and her team were also criticized for merely switching colors, as the original yellow motif of the Liberal Party (LP) had attracted a lot of criticisms over the past years.

There were also talks of Robredo supposedly misappropriating support for breast cancer awareness, to make it appear that a lot of people support her candidacy.

Robredo filed her certificate of candidacy in October, which is also Breast Cancer Awareness Month.

But aside from criticisms about the use of pink, Pangilinan also clarified that the shift in Robredo’s campaign color does not mean she has forgotten what the color yellow represents.

“Whether it’s a shift — sabi nga ni Vice President Leni (as she said), yellow was the color of the efforts to oust the dictator that succeeded, and that will forever be a color that will go down in history as a color of courage and defiance,” Pangilinan said.

“But we will fight other fights: now the fight is to address COVID, and hunger, and unemployment, and therefore, the color we embrace today, is because the fights today are different from the fights in the past.  Not to diminish or lessen the importance of previous battles and previous campaigns, and the successful effort to restore democracy in our country, that’s not our intention,” he added.