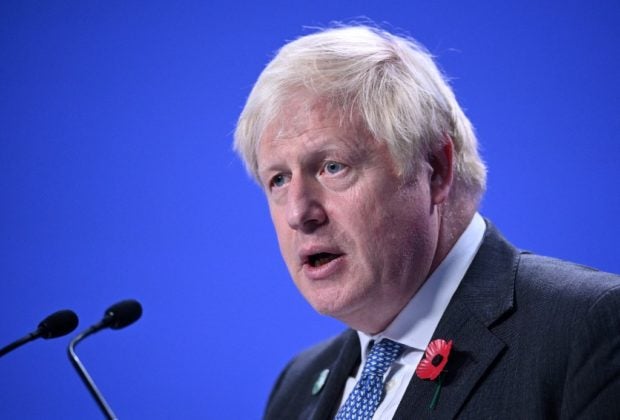 MPs (or members of the British parliament) will hold an emergency afternoon debate amid calls for an independent inquiry into the mounting allegations of apparent corruption and inappropriate conduct within the Conservative party and government.

It follows outrage at efforts last week to overhaul parliament’s internal disciplinary process which would have prevented the 30-day suspension of a Tory MP found to have committed an “egregious” breach of lobbying rules.

Although Johnson abandoned the unprecedented move within 24 hours — prompting the lawmaker, Owen Paterson, to resign from parliament — it threw the spotlight on a raft of allegations around MPs’ behavior.

This heightened over the weekend with a report the Conservatives have been “systematically” awarding seats in the unelected House of Lords, parliament’s upper chamber which scrutinises legislation, to its high-value donors.

An investigation by The Sunday Times and Open Democracy found almost all of the party’s 16 different treasurers over the past two decades were offered seats after increasing their donations to more than £3 million.

It follows other claims of government wrongdoing over the awarding of coronavirus contracts and multiple aspects of Johnson’s own conduct, as well as renewed focus on lawmakers being able to have high-paying second jobs.

“There are definitely conflicts of interest that need to be considered,” Liberal Democrat MP Wendy Chamberlain, a former policewoman who applied for Monday’s urgent debate, told BBC radio.

“We really do need to look at things and that’s what I hope the debate does this afternoon.”

Her party has called for a public inquiry into the sleaze and corruption allegations, which would have the power to summon witnesses and take evidence under oath.

Keir Starmer, leader of the main opposition Labor party, demanded the prime minister himself show up to apologize, as he called for further disclosures of Paterson’s correspondence with ministers over COVID contracts.

“Boris Johnson needs to attend this debate, answer for his mistakes, apologize to the country and take action to undo the damage he has done,” Starmer said.

“The country is yet to hear a word of contrition over his attempts to create one rule for him and his friends and another for everyone else.

“He must now come to the House and say sorry.”

On Sunday, environment minister George Eustice called the furious reaction to Paterson’s case “a storm in a teacup”, while international trade minister Anne-Marie Trevelyan on Monday dismissed the need for Johnson to attend the debate.