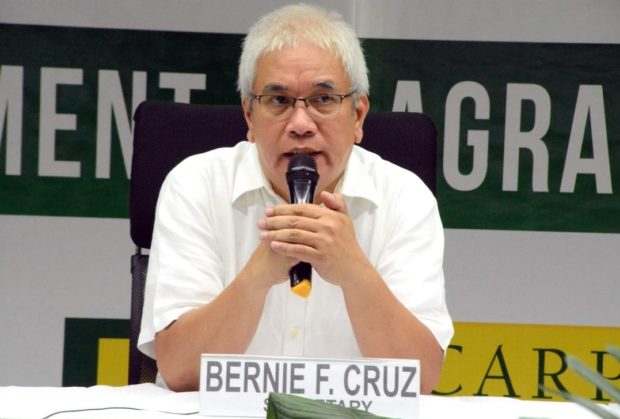 MANILA, Philippines — Department of Agrarian Reform (DAR) Acting Secretary Bernie Cruz said that if an agency official or employee hinders the progress of their programs, he is willing to remove him/her from the post.

During a press conference, Cruz was asked about his reaction to former DAR Secretary John Castriciones’ statement wherein the latter hoped that there will be no changes in the agency’s employees.

(Regarding the changes in employees’ positions, Secretary Castriciones advised that it is difficult to change positions as the year is about to end. So, the continuity is hard to disrupt.)

However, Cruz said that if there is a need to be able to efficiently implement DAR’s programs, he will act on it.

He shared that there is a panel of DAR undersecretaries who regularly meet to talk about the agency’s programs.

(When we see that there is a problem in implementing their work and it is recommended to be discussed, we will do it so we can hasten the rollout of programs because the advice of the president is to fast-track everything for the people.)

Cruz took over Castriciones’ position after the latter sought to join the 2022 senatorial race.

Cruz, appointed by Malacañang, was an undersecretary of DAR’s foreign-assisted and special projects office before assuming the post.