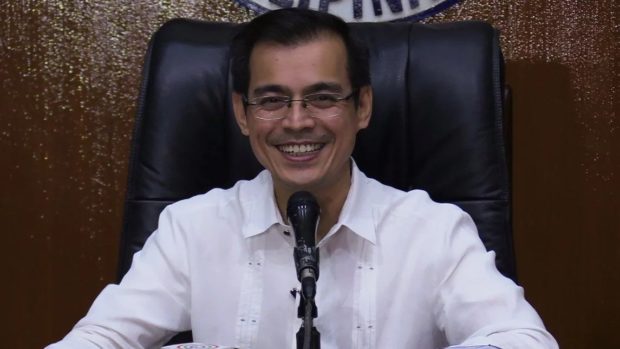 Moreno, if elected president, is committed to cut on the excise tax on petroleum products by 50 percent as this would directly benefit not only poor people but also the middle class who have been at the receiving end of the weekly price increases of crude oil.

“If we implement a tax cut on gasoline and petroleum products, we can expect more jeepneys plying their routes and they will earn more since there will be more commuters who are going to their places of work. When drivers earn more, they will have more buying power and this will further perk up the economy,” explained Moreno.

This has been one of Moreno’s key messages during his “Listening Tour” that brought him to the provinces of Tarlac, Pampanga and Cebu, which he visited last weekend.

During a talk before workers of BPO firms in Cebu City Saturday, Moreno repeated his message and told his audience he felt vindicated with the number of bills filed the Lower House echoing his tax cut on fuel.

He added: If I am wrong, why would a congressman, who is not my party mate, think of the same thing? Kung walang sense ang sinasabi ko, who would file that bill? I am an optimistic guy. Sana mapasa para wala na akong utang sa inyo. At least nagising sila sa konsepto at ideya ng isang batang basurero.”

Last November 2, Albay Rep. Jose Ma. Clemente S. Salceda, who chairs the House Committee on Ways and Means, filed House Bill 10438 which calls for the lowering the excise tax on fuel products for six months including zero tax for diesel, with the revenue to be foregone by the government estimated at more than P55 billion.

The measure, if signed into law, would exempt diesel and kerosene from excise tax and would reduce the charge on gasoline to P7 per liter (/L) from P10/L. The excise rate was set by the Tax Reform for Acceleration and Inclusion (TRAIN) Law and is enforce between Dec. 1, 2021 and June 1, 2022.

“Diesel is the poor man’s transport fuel. Tricycles, motorcycle delivery riders, farmers, and jeepney drivers use diesel for their vehicles. Kerosene is the poor man’s cooking fuel. I believe that the biggest reduction should be on these commodities,” Salceda said in a statement.

On top of the fuel tax cut, Moreno is also planning another 50-percent tax break on electricity as this will be beneficial not only to consumers of electricity but also to owners of business enterprises since this would mean additional savings (translated as income) for all.

“To cushion the socio-economic impact of the pandemic, a 50-percent reduction in fuel excise tax can lower the power generation cost and another 50-percent cut on taxes on electricity would mean savings for the majority of our people, many of whom are jobless now due to the Covid 19 pandemic,” said Moreno.

Moreno pointed out that positive effects of the tax cut on fuel will be immediately felt by operators and drivers of PUVs who will now forego their demand for fare adjustment, which would be detrimental to the commuting public, mostly the poor and middle class.

In the same manner, Moreno said that a 50 percent tax cut on electricity would mean more food on the table and more money to spend on basic needs, including medicines.