‘If I go to prison, I go to Muntinlupa,’ Duterte says of ICC probe | Inquirer News

‘If I go to prison, I go to Muntinlupa,’ Duterte says of ICC probe 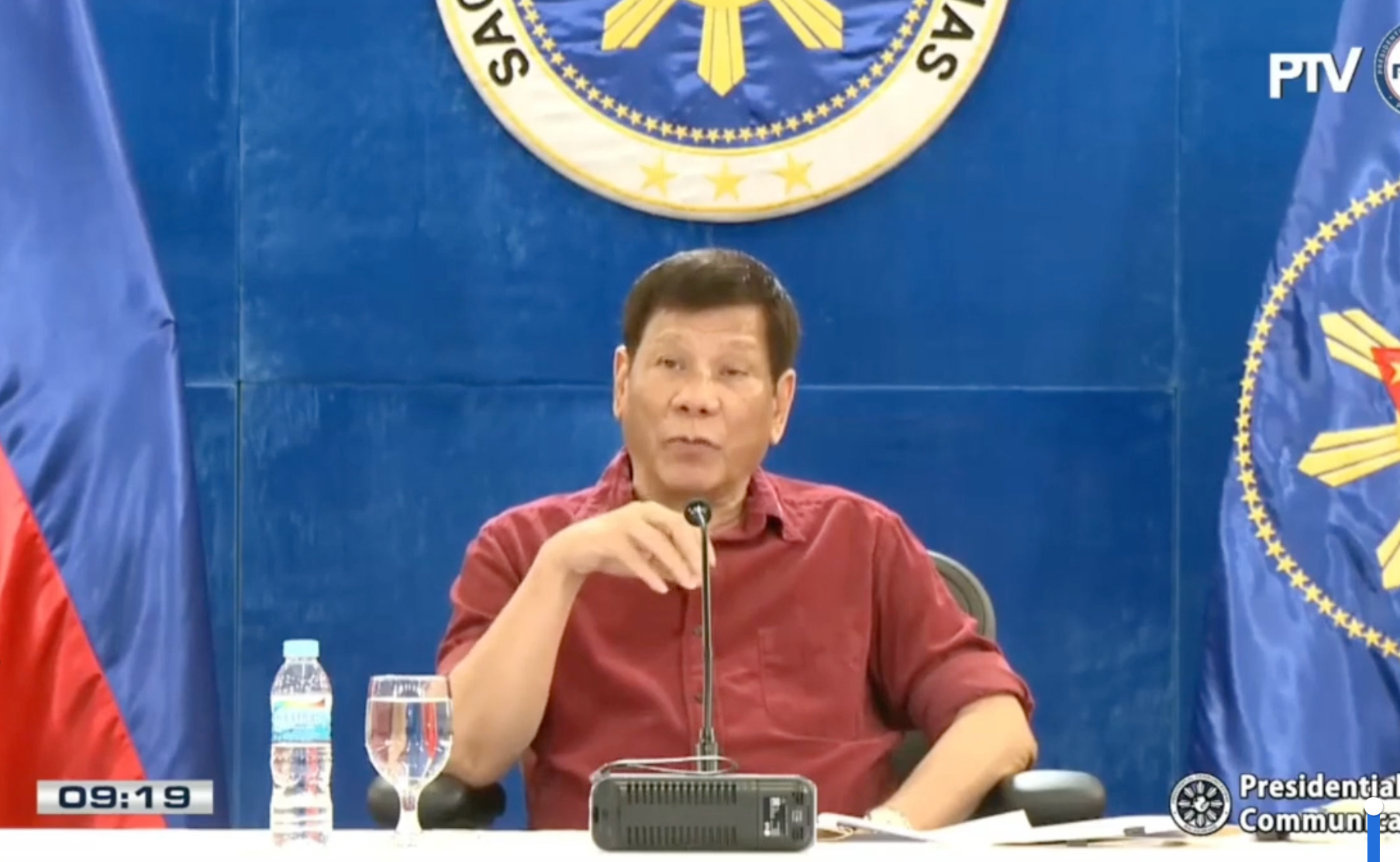 MANILA, Philippines — “If I go to prison, I go to Muntinlupa.”

President Rodrigo Duterte has this to say during the inauguration of the Siargao Island Sports and Tourism Complex and the Catangnan-Cabitoonan Bridge System in Surigao del Norte on Saturday as he reiterated his stand against the International Criminal Court (ICC) investigation of his alleged crimes against humanity in the conduct of the war on drugs during his administration.

Duterte said he would rather be imprisoned in Muntinlupa — where the New Bilibid Prison is located — than be tried by white judges outside the Philippines.

“I will not allow myself to be judged by white people in another place outside of my country. If I am tried, I should be tried by a Filipino judge in a Philippine tribunal,” he added.

However, the ICC’s judges are racially diverse with 10 of the 18 judges, including the highest-ranking officer of the court, are not whites or Caucasians.

READ: ICC is everything but a court of ‘white people’

The President also argued that he waged the war against drugs not for his personal gain but for the country and its future.

“I did it because I want to protect your children and their future,” Duterte said.

The Duterte administration has argued that the ICC has no jurisdiction over the Philippines as the President in 2018 withdrew the country from the Rome Statute, the treaty that created the tribunal.

In an earlier speech on Thursday, Duterte said he would never accept the jurisdiction of the ICC “even if hell freezes over.”

However, the country’s withdrawal from the tribunal does not mean that Duterte could escape prosecution, according to an ex-judge of the tribunal.

Read Next
In Peru’s Amazon, ‘forgotten’ tribes discover COVID-19 as vaccines arrive
EDITORS' PICK
Do all the things you do, faster
Motorcycles, smartphones, and cash prizes up for grabs in TNT’s ‘Tuloy Ang Saya’ Raffle in Mindanao
House energy committee chair Arroyo bats for cheap electricity
NCR at increased COVID risk again
New PS-DBM director says DepEd laptop MOA ‘not legal’
House okays budget; ways to go in Senate
MOST READ
Robredo’s tarpaulin portrait at Palace just a ‘placeholder’
Shopee PH gets flak for getting Toni Gonzaga
Robredo supporter tackles elephant in room: No massive fraud in 2022 polls, surveys were just right
DepEd: We are in a crisis situation in education sector
Don't miss out on the latest news and information.