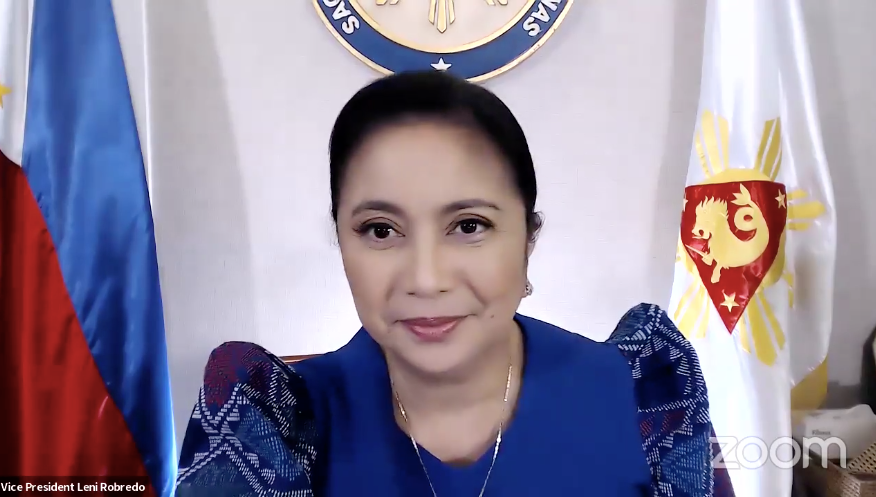 Vice President Leni Robredo speaks before the Meeting of the Rotary Club of Manila on October 14, 2021. Screengrab from Facebook / OVP

MANILA, Philippines — Presidential aspirant and vice president Leni Robredo on Saturday pointed out that a “major substitution” incident back in the 2016 elections led to the trend of making placeholders file certificates of candidacy (COCs), as she renewed her calls to revisit the laws on substitution “to plug the loopholes” in the electoral system.

(I hope the law against substitution gets revisited so it won’t get abused. Because when we had a major substitution in 2016, it seemed like it’s now a trend to put a placeholder, but other candidates will run on their behalf.)

(So for me, it’s time to revisit the law, to put a plug on the loopholes as to why it gets abused.)

Robredo did not mention any names, but it can be recalled that in the 2016 elections, President Rodrigo Duterte substituted for then PDP-Laban bet and now Interior Undersecretary Martin Diño.

READ: Duterte: ‘I won’t be a substitute candidate’

There are aspirants in the coming elections who are believed to be placeholders bets, with some political parties even admitting that COCs were filed to save spots for other aspirants.

While the filing of COC is only from October 1 to 8, the substitution deadline is until November 15, a leeway to allow politicians to keep their spots even after the filing of the COCs.

Only when the substitution period has lapsed will the Commission on Election finalize the list of candidates.

Bato, suspected to be a placeholder, agrees to amend substitution rule

Bello’s brother files COC for senator; Labor chief not ruling out replacing him

Robredo assures no substitution for her and running mate Kiko Pangilinan