Robredo assures no substitution for her and running mate Kiko Pangilinan 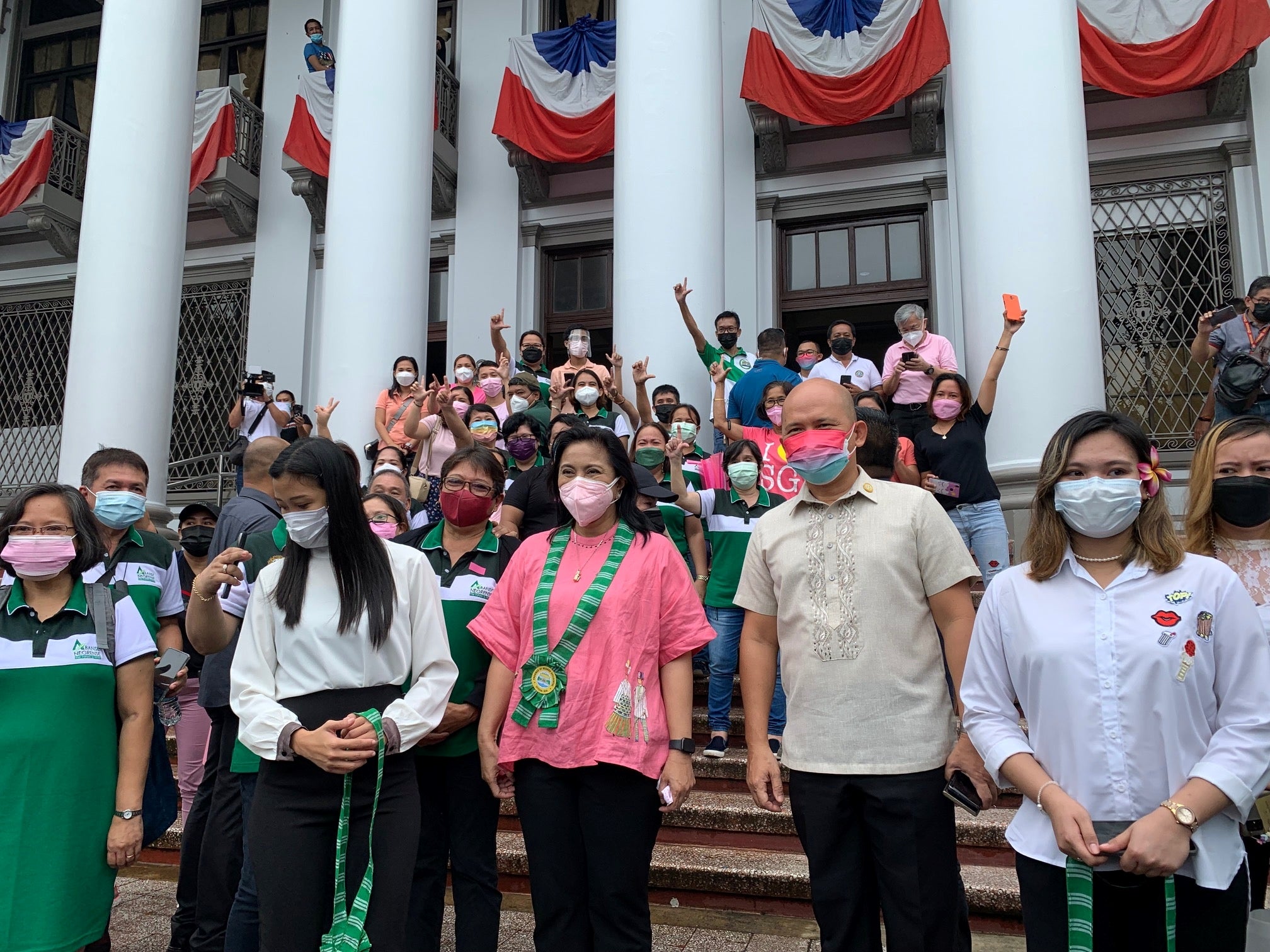 BACOLOD CITY — Vice President Leni Robredo on Friday assured the people that there will be no substitution that will take place for her and her running mate, Senator Francis Pangilinan, by November 15.

“For sure, (there will be) no substitution that will take place. When we filed our COCs (Certificate of Candidacy), we were determined to finish this”, she said at a press conference in Bacolod City on Friday, November 5.

Under the law, if a candidate withdraws, dies, or is disqualified by final judgment, political parties can field a substitute.

“The law on substitution has been abused a lot, when it is for very specific purposes such as death, disability or  for one who has undergone severe suffering,” Robredo said.

She said substitution is a mockery of election laws which should be reviewed so as not to satisfy political ends.

“It is clear in the Constitution that it should be used only for very, very extraordinary circumstances,” she said.

Robredo denied that her camp had anything to do with the disqualification case filed by human rights advocates against presidential candidate Ferdinand Marcos Jr. who was convicted for tax evasion case 26 years ago.

“It does not make sense. If we wanted him disqualified, it should have been done during our battle for the vice presidency (in 2016),” she said.

“If the purpose of the disqualification is to remove him from this contest, it is not necessary. We battled  in 2016 and  won without having to do that,” she added.

“I cannot comment  further on that because there is a pending case, but they should not point to us  because we do not fight like that,” she said.