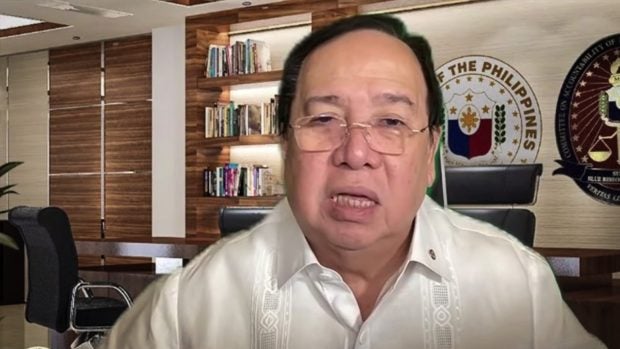 MANILA, Philippines — A tax expert told senators Thursday that Pharmally Pharmaceutical Corp. has P3.4 billion in “unsupported” purchases in 2020 and has paid P21 million in income taxes when it claimed to have settled over P95 million.

During the resumption of the Senate blue ribbon committee investigation into the government’s pandemic purchases last year, tax expert and certified public accountant Mon Abrea said Pharmally declared P7.2 billion worth of purchases in its audited financial statement for 2020.

Abrea based his findings on Pharmally’s financial statement and  the Bureau of Internal Revenue’s (BIR) record. The committee tapped him to examine those documents.

Senator Richard Gordon, chairman of the blue ribbon panel, then asked Abrea why the firm has P3.4 billion of “unsupported” purchases.

Abrea answered in the affirmative.

According to Abrea, the P3.4 billion worth of purchases were deemed “unsupported” since these did not have any declared suppliers or the amount of purchases on the records forwarded by the BIR to the Senate committee.

As of writing, Pharmally officials have yet to give their side on the matter during the hearing. INQUIRER.net has also reached out to the firm through its media relations arm for comment.

The blue ribbon committee is investigating the government’s purchases of medical goods, including allegedly overpriced face masks, shields and other supplies, at the height of the pandemic last year.

At the center of the inquiry is Pharmally, which was awarded over P8.6 billion worth of supply contracts in 2020.

During the hearings, several senators saw alleged favoritism in the awarding of contracts as they doubted the financial capacity of Pharmally since it was only established in 2019 with a small capital of P625,000 when it secured the medical supply deals.

Pharmally chairman and president Huang Tzu Yen has previously denied that they were favored in any way in the government’s procurement of medical supplies, saying the small company has been “unfairly prejudged.”