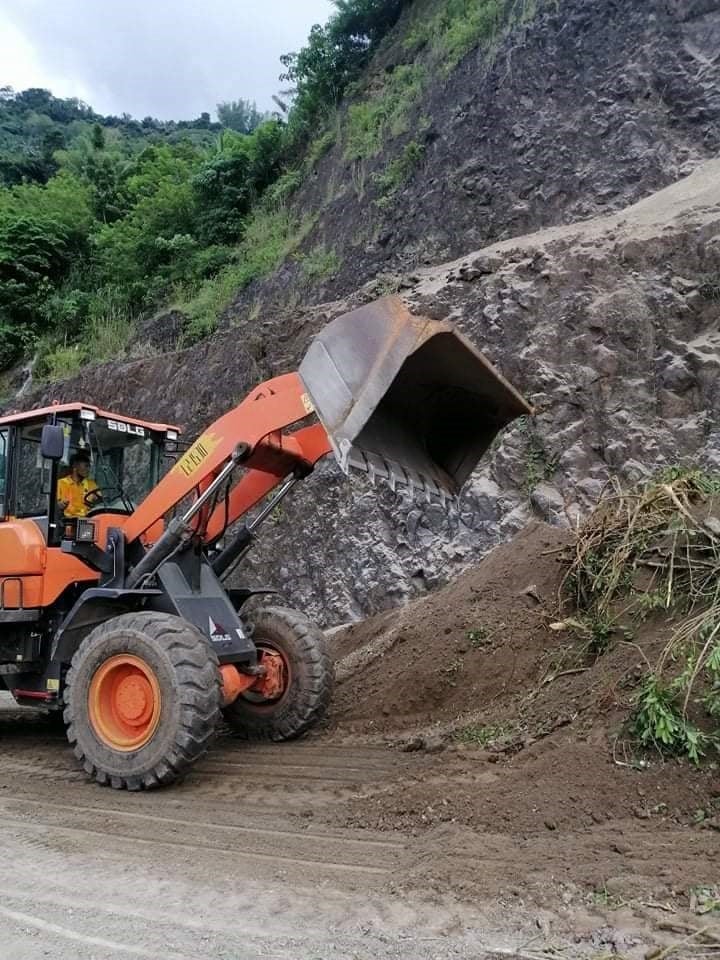 Clearing operations continue to remove the debris that covered some portions of Manipis road in Talisay City, Cebu. (Photos courtesy of CTTODA)

CEBU CITY––The Talisay City government has closed the upland Manipis road again after another round of landslides hit the area.

No one was reported injured so far.

A car escaped the flow of soil and rocks while some motorists scampered for safety.

Manipis road is an important access to and from Metro Cebu on the east coast to the west coast of Cebu Island, where Toledo City is located.

Toledo has ports that connect to neighboring Negros Island.

The landslide stranded several motorists and bikers on the other side of the road.

The Manipis road was closed last month after a similar landslide occurrence. It was opened about a week ago.

As of 10 a.m. Thursday, the Department of Public Works and Highways was clearing the area of debris. There is no time yet when the Manipis road will be opened again.