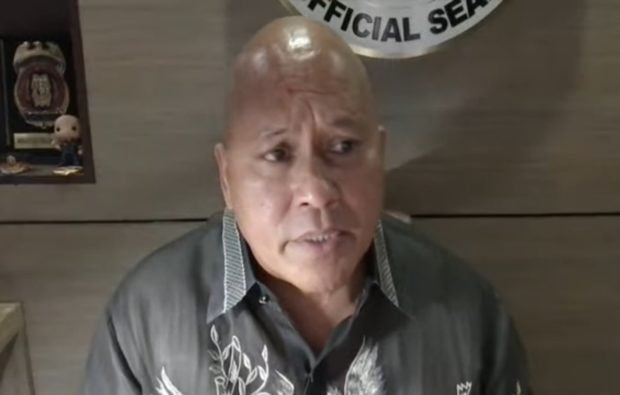 MANILA, Philippines — Presidential aspirant Senator Ronald “Bato” dela Rosa on Tuesday admitted that he is “a little” worried about the pending probe of the International Criminal Court on the drug war killings in the country.

(It’s normal to feel worried a little… That’s really a problem, admittedly. I’m not going to say that it’s not a problem.)

However, he said he is ready to face the investigation.

“That’s really a problema, but I am ready (to face it). No doubt about it, I am ready,” the senator said.

Dela Rosa stood charged alongside President Duterte for alleged crimes against humanity being investigated by the ICC for supposed massive human rights violations and state-sponsored killings in the implementation of the administration’s brutal drug war.

Earlier, Dela Rosa admitted that should he win as the country’s next President in 2022, he will not allow the ICC to conduct its probe, in the interest of protecting not just Duterte, but also himself from the charges.

He said he will only allow the ICC to come to the Philippines to “observe for themselves” but he will not allow them to conduct an investigation since doing so would be a “slap” to the country’s “perfectly functioning” judicial system.

In a 2019 report, the Amnesty International slammed the Duterte administration’s lack of “meaningful accountability” on the brutal war on drugs which has claimed the lives of thousands of drug suspects since it was enforced in 2016.

The London-based human rights group stressed that this prosecution is “in no way commensurate with the vast number of extrajudicial executions and other human rights violations.”

In its report titled “They just kill’: Ongoing extrajudicial executions and other violations in the Philippines’ ‘war on drugs,” the group noted that Bulacan is now the country’s “bloodiest killing field” due to the transfer of police officers who previously supervised “abusive operations” in Metro Manila.

It also condemned the “buy-bust” narrative being used as a template of police reports in the province of Bulacan.

Malacañang and President Duterte himself said the country will not cooperate in the probe.